Here’s why Bangladesh didn't hand over T20 trophy to Pakistan 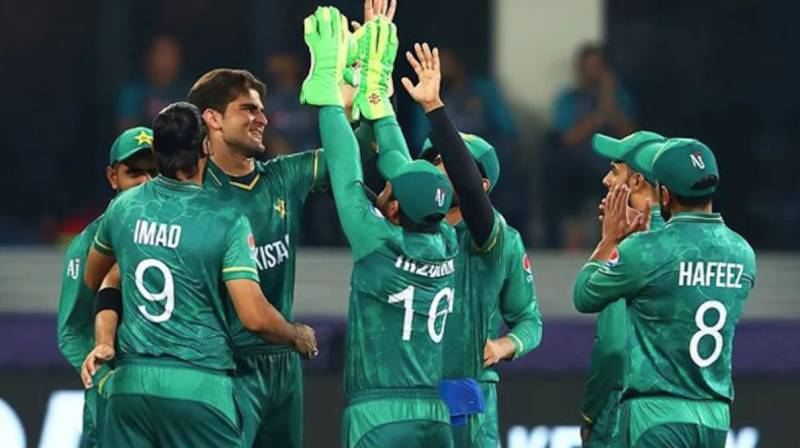 DHAKA – Men in Green completed a clean sweep over The Tigers in their Twenty20 series, winning the final game by five wickets however the hosts did not hand over a trophy to the Babar-led squad.

Bangladesh initially surprised everyone when the visitors were not given the winning trophy after completing the last T20 fixture on Monday, a spokesperson of the Bangladesh Cricket Board later cleared the air saying that they would hand over the trophy after the conclusion of the Test series.

BCB official also mentioned that the board chief was earlier supposed to hand over the trophy to Green Shirts but it could not be done due to his unavailability.

Delving into details, the spokesperson added that board officials and sponsoring companies were not part of the bio-secure bubble, therefore, the trophy awarding ceremony could not take place in line with the COVID-19 protocols.

On Monday, all-rounder Nawaz struck a boundary off the last ball as Babar X! overcame late drama to beat hosts by five wickets in the third Twenty20 international for a series whitewash.

Bangladesh got off to a poor start, losing left-handed batsman Shanto in the second over. Shamim Hossain scored 22 off 23 balls but he too was sent packing by Usman Qadir. Opener Mohammad Naim and Afif Hossain managed to get 43 runs for the third wicket but it came off 42 balls.

DHAKA – Pakistan defeated Bangladesh by five wickets in the third Twenty20 international match in Dhaka on ...

In reply, Pakistan chased down the target in the final bowl of the match. Nawaz scored four runs off Muhammadullah’s bowl and sealed the victory for the Green Shirts. Haider Ali scored 45 runs and Mohammad Rizwan made important 40 runs.

ISLAMABAD – Members of the Pakistan Test squad on Sunday left for a two-match Test series against Bangladesh, the ...