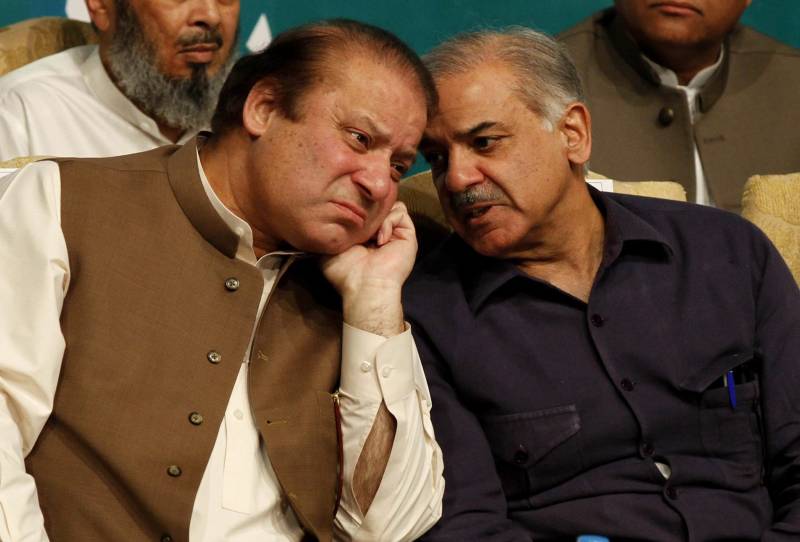 ISLAMABAD – Former Prime Minister Nawaz Sharif is reportedly upset because of a secret meeting of three senior Pakistan Muslim League-Nawaz (PML-N) leaders with party President Shahbaz Sharif on the “request” of a senior representative of the establishment.

PML-N was apparently unhappy because he was told that top party leaders Khawaja Asif, Ahsan Iqbal, and Rana Tanvir Hussain met Shahbaz while he was in the custody of National Accountability Bureau on the “request of a senior representative of the establishment”.

However, PML-N Secretary-General Iqbal dismissed the reports, claiming that they had met their party president after duly informing the former premier, denying that the establishment arranged their meeting, Iqbal said they had only requested the anti-graft body for the meeting.

Prime Minister Imran Khan’s Advisor on Accountability and Interior, Barrister Shahzad Akbar had also revealed in a recent press briefing that the PML-N president is holding secret meetings in jail.