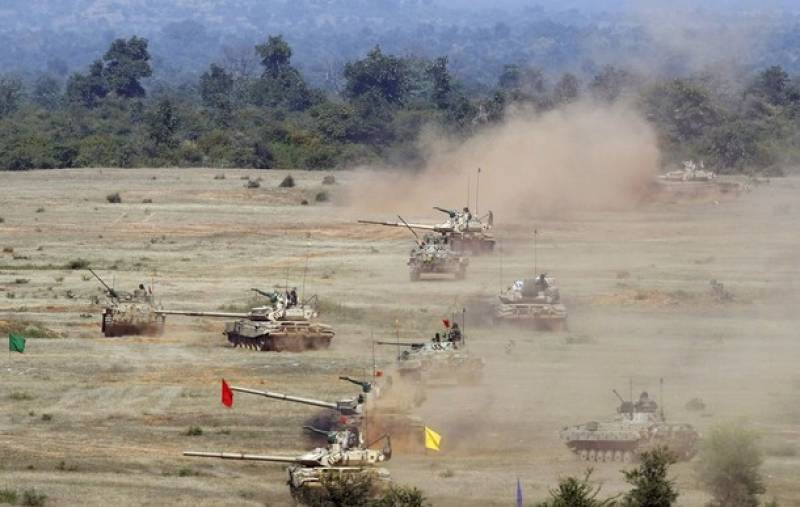 ISLAMABAD (Staff Report) - India is preparing to begin country's largest military exercise in Rajhastan region near to border with Pakistan to test the readiness of world's second largest standing army in October.

According to Pakistani officials New Delhi has formally informed Islamabad about the military exercise as part of 'prior permission' protocol that exchanged with neighboring countries ahead of any major military movement in no-war days.

However any kind of reservations from Pakistan would not affect the Indian plan.

Media reports suggest that India is planning to test its nuclear weapons, heavy artillery and drone planes in real war-like situation on Western border. As many as 30,000 troops will take part in the military exercise.

For the first time Indian forces will use information especially the images of 'enemy compounds' provided by satellites and drones, ground and airborne radars at the same time.

The military exercise, which will peak towards end-November, will also include a major airdrop of paratroopers behind  'enemy lines'.

Pakistani defence analysts said that India has been carrying out such large military exercises at least once in four years since many decades. Pakistan doesn't need to worry about such large scaled exercise instead it should only focus on its own readiness, they said.