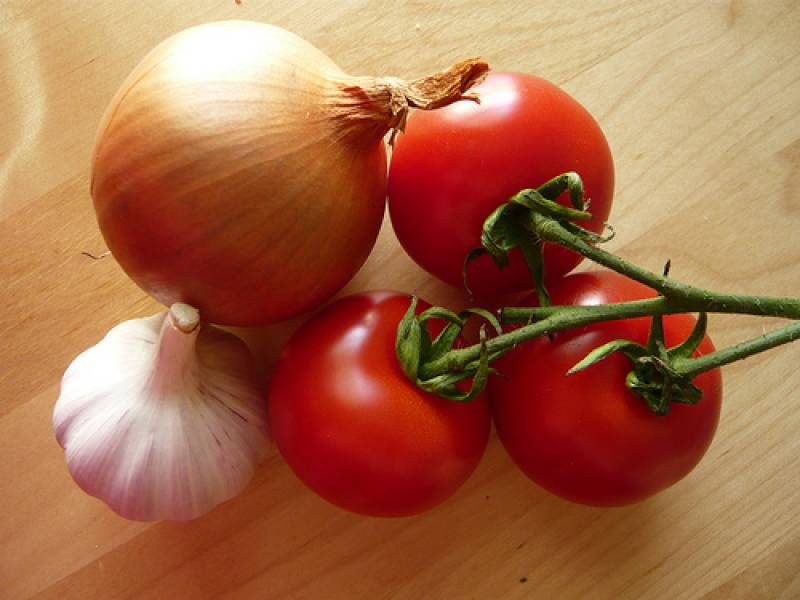 ISLAMABAD - Vegetable prices have once again shot up owing to halting of tomatoes and onions’ supply from India, local wholesalers said on Saturday.

The difference between demand and supply has led to increase of prices. The price of tomatoes in Islamabad has reached upto Rs 200 per kg, which was being sold at Rs 80-100 per kg few days back.

A local trader Ishtiaq Ahmed told that this shortage of tomatoes was due to ending of season in Quetta and Kabul. He said that only 2-3 trucks carrying tomatoes are arriving in Islamabad fruit and vegetable market while 10-12 containers of tomatoes are being exported from Kabul.

He said there was demand of 35-40 trucks on daily basis to meet demands of twin cities, Islamabad and Rawalpindi. He hoped the situation would improve after weeks when tomatoes from Sindh’s districts including Thatha and Badin would reach to the market.

Considered as essential part of Pakistani foods, tomatoes and onions are almost vanished from small markets due to lack of supply to these markets. Same is the situation in Peshawar, capital of Khyber Pakhtoonkhwa (KP) where shortage of tomatoes, onions and potatoes have made it difficult for the common man to feed his children. The prices of the said food stuffs have witnessed an upward trend across the province.

“The shelf life of tomatoes is not more than four days. Not all retailers have an access to cold storage. So, they tend to recover the losses by selling at a higher price,” told a trader. The soaring prices of vegetables have affected the sales of vendors in local markets. Except for onions and potatoes, prices of all vegetables have been doubled in the market. The price of lemon and ginger has also witnessed increased of upto Rs50 per kg.

Visitors of different markets told that till the last week the retail price of tomatoes was Rs 40 per kg. Due to a hike in prices, people do not buy more than half a kilogram of tomato at a time while some refrain to purchase after asking for price. Even coriander leaves and green chilies, which came complimentary with vegetables, are now being sold with a price tag of over Rs20-30 for 100 grams. The increase in the vegetable prices has forced many to exclude these from their shopping list.

Visitors said that what the government wants… whether it wants that people should quit eating bread. He said even it has become impossible for them to eat bread with tomatoes, onions and chillies.-Online