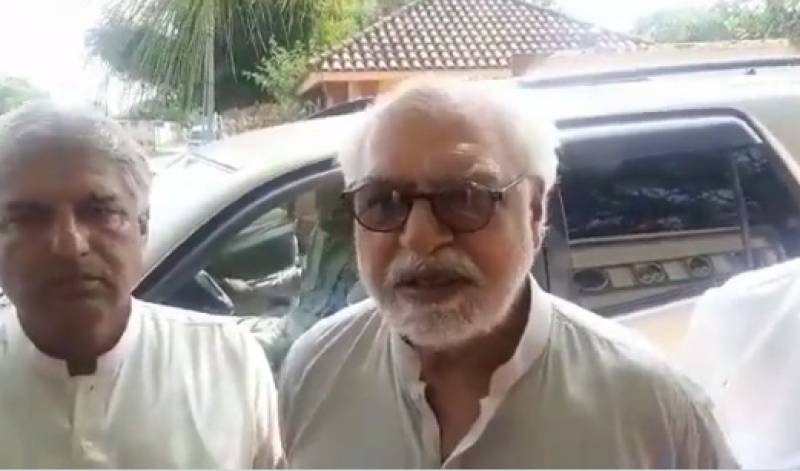 ISLAMABAD – Senior journalist Ayaz Amir on Friday expressed deep grief after his son was arrested for allegedly killing his wife at his home in the federal capital.

Earlier in the day, the capital police detained Shah Nawaz in murder case of his wife Sara, who is a Pakistani-Canadian and had returned to Islamabad from Dubai last night.

According to the spokesperson for the Islamabad Police, the incident occurred in Chak Shahzad area of the capital city.

The police spokesman said that an investigation of the incident is ongoing and whatever facts are found will be shared.

The victim's body has been shifted to PIMS Hospital Islamabad for a post-mortem.

Following the incident, a video shared on social media wherein TV reporters can be seen questioning Ayaz Amir about the incident when he was visiting his son’s residence.

“What I just can say is that one should not have to go through such incident," Amir said.

"It is an heart wrenching incident,” the senior journalist added while giving its first reaction to the murder of his daughter-in-law.

ISLAMABAD – A sessions court in the country’s federal capital on Thursday sentenced Zahir Jaffer to death ...