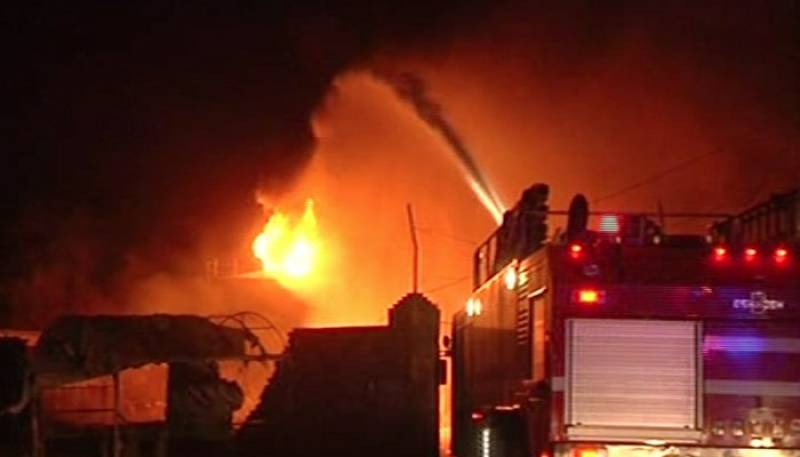 BEIJING - At least 18 people were killed and five others injured after a fire break out in a karaoke bar in southern China in the early hours of Tuesday.

The fired ripped through a three-storey building located in the southern Chinese city of Yingde. The firefighters received an emergency call about 30 minutes past midnight and the fired was extinguished in 25 minutes.

Initial investigation suggests the blaze was arson, while a 32-year-old suspect has been arrested by police after the incident. Reports claim the suspect first blocked the only exit and entry of the bar before starting the fire.

The arrested suspect identified as Liu Chunlu, who according to the police also received burn injuries as result of the fire, was arrested the next morning.

Authorities had offered a 200,000 yuan ($31,665) reward for providing information regarding the suspect.

Last year, 22 people were killed after a blaze erupted in a two-storey residential building in eastern China. Police later rounded up a man for allegedly setting the house on fire.