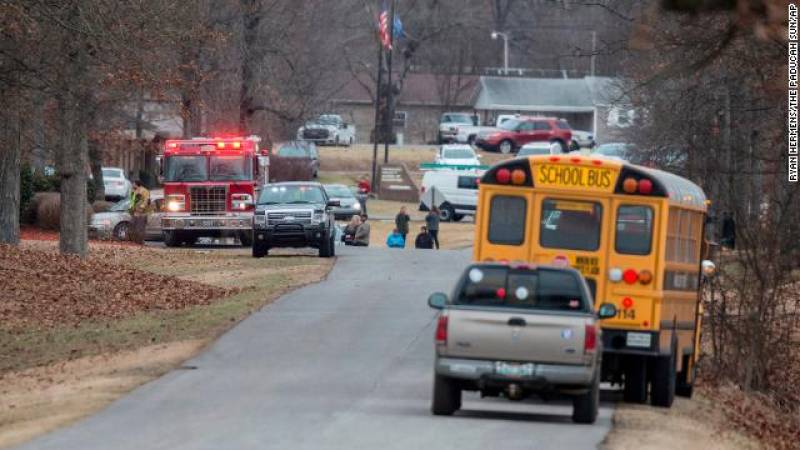 BENTON - Two students have been killed and 18 injured in a high school shooting in the US state of Kentucky on Tuesday.

A 15-year-old girl died at the scene at Marshall County High School in the town of Benton and a 15-year-old boy died in hospital, said Kentucky's governor.

Authorities identified the slain victims as Bailey Holt and Preston Cope, both 15 years old. Bailey died at the high school and Preston died at Vanderbilt University Medical Center in Nashville, the CNN reported.

The attacker, a 15-year-old male student, was arrested in "a non-violent apprehension", officials said. 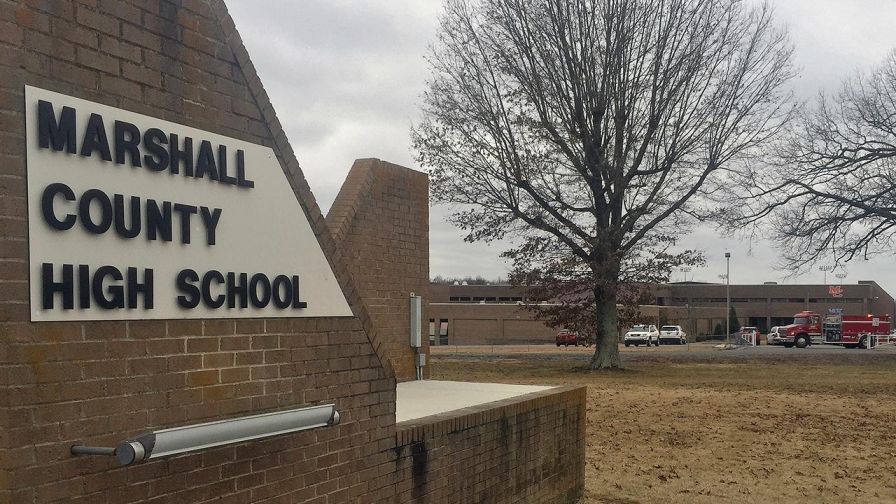 State police said the unidentified boy was held about 15 minutes after opening fire at 08:00 local time on Tuesday.

The lone attacker opened fire with a handgun apparently at random in a common area before classes started, according to local media.

He will be charged with murder and attempted murder, said officials. The FBI was assisting in the investigation.

The victims ranged from 14 to 18 years old, state police said. Fourteen were male and six were female.

Several nearby churches and schools were holding vigils for the victims. Wednesday's classes at the school have been cancelled.

Governor Matt Bevin called the attack a "tremendous tragedy" in a statement posted on Twitter.

The souls of Marshall County have been bruised and the fabric of the community has been torn, but the people of Benton, KY and the surrounding communities are strong...With faith in God and with reliance on friends and family, we will get through this dark day together...#WeAreKY

Tuesday's attack came one day after another school shooting, in Texas.

A 15-year-old girl was shot by a 16-year-old classmate in the cafeteria on Monday in the small Texas town of Italy. The girl is recovering in hospital; her attacker fled but was later arrested.

The motive for that shooting also remains unclear.