Yasir Hussain has never shied away from confrontations and this time around the versatile actor-writer has come in support of classic Ainak Wala Jin's cast.

Turning to his Instagram handle, the 37-year-old shared a picture of the PM with the cast and got candid about the financial strains that have haunted the show's stars since its end.

The confession comes shortly after the movement that has taken the Internet by a storm which is all about giving royalties to the artist for their work.

Hussain revealed the cast has grappled to find roles after the show. Unfortunately, all across the globe if a certain actor performs a certain show for a longer period, the connection between the actor and character becomes so influential that it's difficult to break that image. 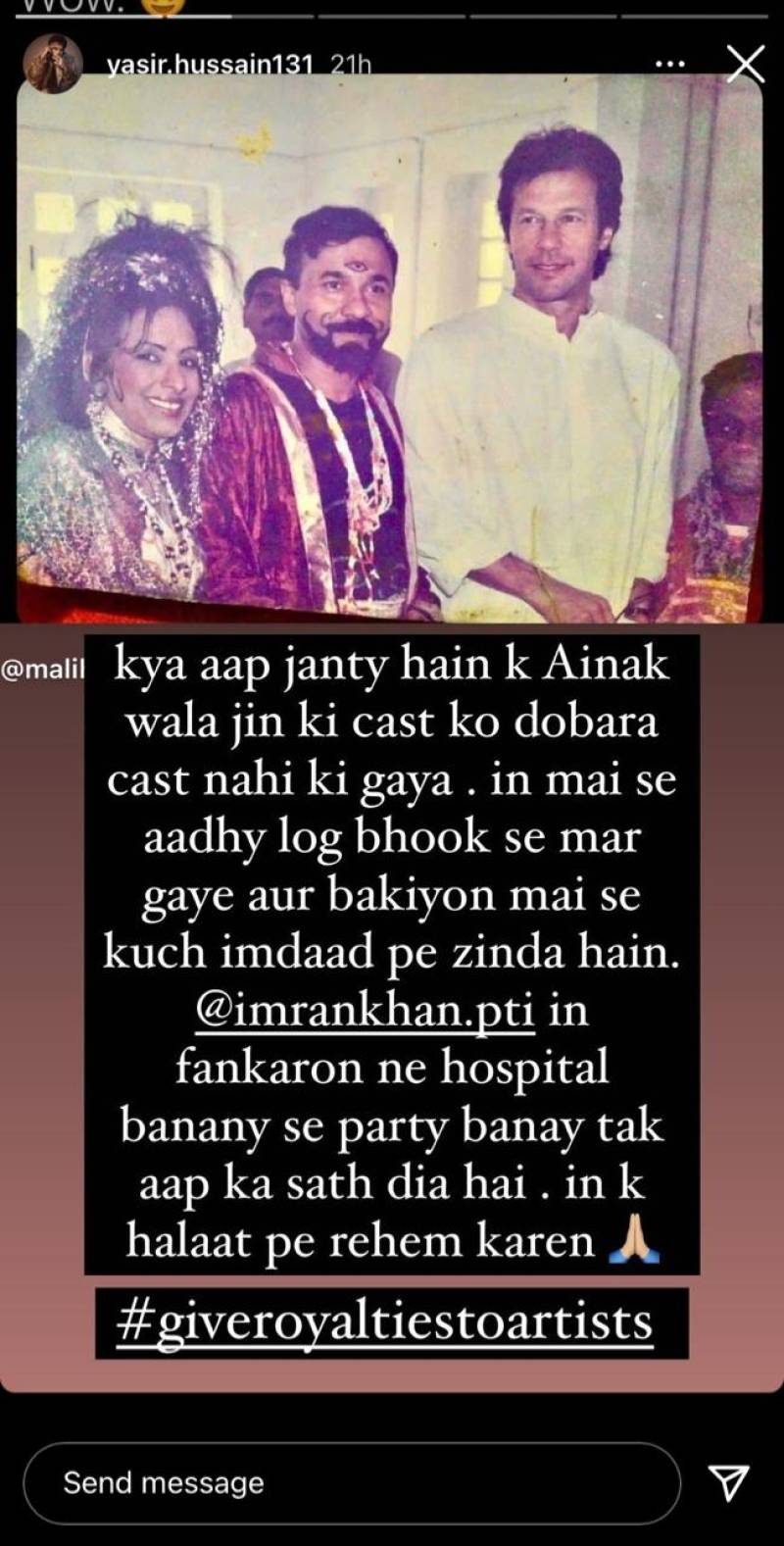 "Half these people died of hunger, and some are alive on donations.", he wrote

Requesting to have compassion for these artists who were iconic faces for an entire generation, Hussain reminded the PM of how these actors stood shoulder-to-shoulder with him during his struggles – from fundraising for Shaukat Khanum Trust Hospital to the foundation of Pakistan Tehreek-e-Insaf (PTI) – and "have mercy on them."

Back in 2017, news of the iconic Bil Batori Nusrat Begum's ill health broke out when she didn't have any money for her treatment. Though the Pakistan Bait-ul-Mal pledged to support her treatment with a promise of Rs1 million, the actor passed away the same year, having lived the rest of her life in poverty.

Ainak Wala Jinn is among the biggest TV show ever viewed in Pakistan. Produced by PTV, the show was aired for four seasons, becoming a fan favourite. Due to the hit that the show was, it was re-aired twice after its initial run, to great public appreciation.