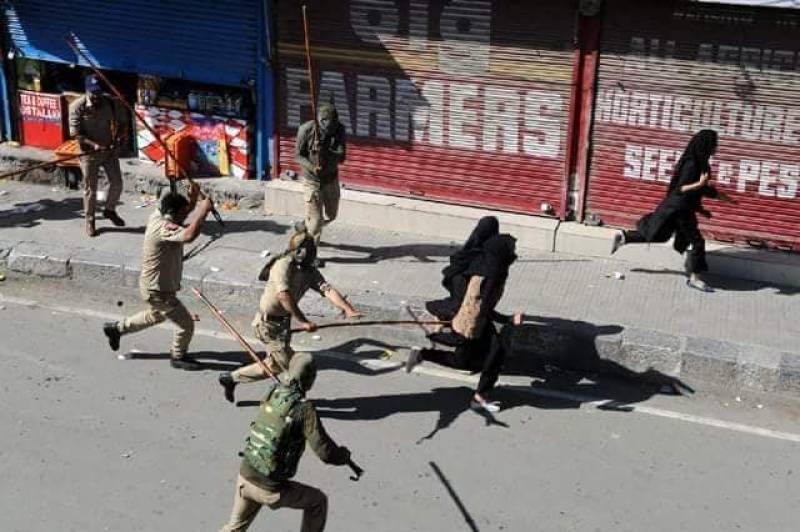 ISLAMABAD – Indian police brutally assaulted women participants of a peaceful Muharram procession in Zadibal area of Srinagar, in the illegally occupied state of Jammu and Kashmir.

According to Kashmir Media Service, the police resorted to baton charge against the female Shiite mourners who took out the procession on the 3rd day of Muharram in the city.

A video uploaded on the social media shows police subjecting the mourners to brutal torture in the area.

Around 12 AM, Police lathicharge on female Shiite mourners who took out a peaceful procession in Zadibal area of Srinagar on 3rd day of Muharram. One of the victim said, "We have our own religious belief and we aren't followers of Aga Mujtaba so we deny his statement." pic.twitter.com/SYIpvh2AOB

The authorities had imposed strict restrictions in the interiors of Zadibal area of Srinagar and blocked roads to prevent Muharram processions. Personnel of Indian Army, central Reserve Police Force and police were deployed in strength to prevent the procession.

In IoK, there are about one million Shia out of a total Muslim population of 8.5 million.