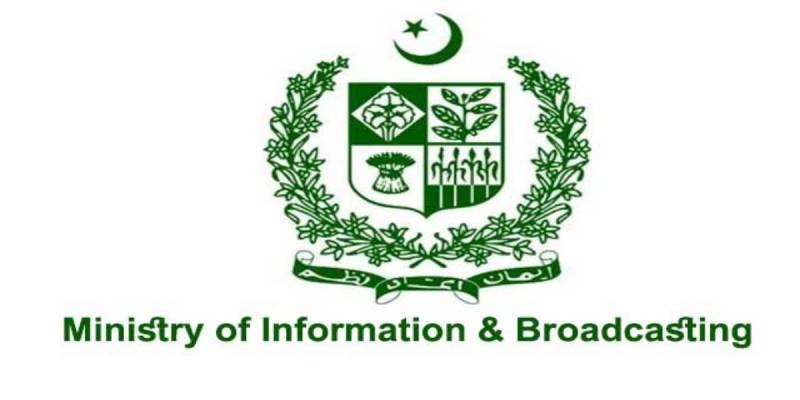 ISLAMABAD – With reference to a misleading claim being circulated on social media, a spokesman of the Ministry of Information and Broadcasting stated that there will be absolutely no change whatsoever in the original words and the original musical composition of the national anthem of Pakistan. The rumors spread are completely baseless and fabricated in this regard.

The national anthem will be re-recorded using the most advanced recording technology and with a larger number of vocalists.

The Steering Committee has unanimously resolved to ensure the highest international standards of orchestration and vocal rendering for the official re-recording of the National Anthem, which was originally first recorded in 1954.

The Committee resolved to assemble a large choir of about 120 to 150 gifted vocalists from all 4 provinces, Gilgit-Baltistan as well as Azad Jammu and Kashmir to make the new official recording truly representative and participative of the whole federation including religious faiths.

The first recording, which remained the only official recording was conducted in 1954. Over the past 67 years, there had been revolutionary changes to recording voices and music to provide optimal clarity and tonal accuracy while using digital technology.

Reviewing the distinctive quality of brass bands in the Pakistan Army, Air Force, and Navy, it was also decided to make all efforts to utilize and further enhance the locally available instrumental capability of musicians while exploring the options for using the orchestras of friendly overseas countries, which have standing national orchestras to record only the instrumental version.

The vocal version would be rendered entirely by Pakistani vocalists. Despite possessing enormous talent in music, Pakistan neither has a permanent national orchestra unlike many other countries including Muslim countries like Turkey nor Pakistan possess locally located most advanced sound recording facilities.

Expressions of interest have already been invited from film and video producers of Pakistan to provide proposals for the creation of the new video of a duration of one minute 20 seconds by featuring the new re-recorded sound version.

The Steering Committee noted the need to complete its task well in time to celebrate the 75th anniversary of the Independence of Pakistan, which would occur in 2022. Aspects of preparatory and production logistics along with their respective costs were also discussed in detail.

The Steering Committee was notified by the Federal government in June 2021 and later expanded to ensure maximum representation.

Pakistani former pop star Fakhar-e-Alam has carved a niche for himself owing to his larger than life persona. The ...