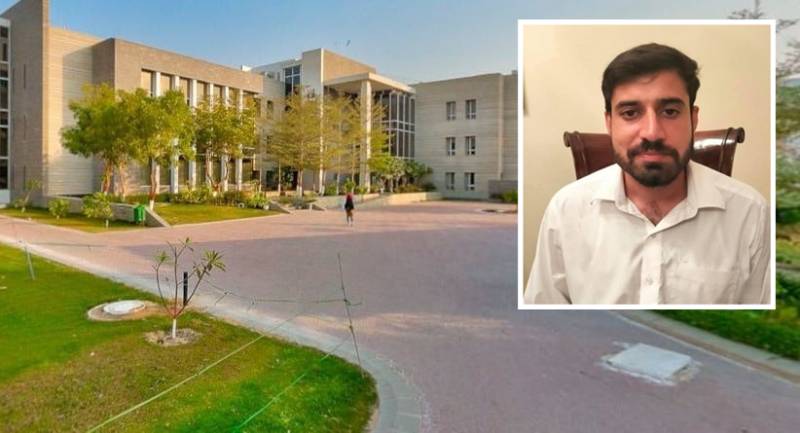 KARACHI – The Institute of Business Administration (IBA) Karachi has expelled a student for exposing alleged harassment on campus which has sparked public outcry.

Reports in local media quoting sources said the varsity took the decision to expel the complainant for not using the right channel to report the sexual harassment.

A student, Mohammed Jibrael, who hailed from Lakki Marwat, reported the incident of sexual harassment against a female employee while he also supported and encouraged the female to file a complaint with the varsity’s management.

According to the Jibrael, the incident which occurred on August 25, was extremely ‘offensive and humiliating’ and he said he was shocked that a man could behave like that with a woman in a professional setting, that too in front of other people.

The manager in the IBA finance department shouted at a female employee and saying, “I will make you sit here all night”, he said in the social media post. He went on to say that he approached the victim and told her that she should not tolerate this and must inform the administration.

He later refused to remove the social media post that irked the varsity administration while politicians, activists, and a large number of social media users have reacted to the varsity stern action.

IBA spokesperson, Ayesha Javed, also mentioned that the institute had already shared its stance on its Facebook page which stated that “the recent decisions and actions were taken by the Disciplinary Committee of the IBA to ensure that students are safe, and their concerns are heard and addressed in a timely manner. The IBA is an Institute that is known for its disciplinary rules, policies, and the IBA Code of Conduct, which applies to all members of the faculty, staff and students.”

It further added that the student was given multiple occasions to reconsider his actions and was counseled numerous times to reassess his actions.

KARACHI – Three students of the Institute of Business Administration (IBA) have been accused of torturing a ...

I think the IBA board needs to address this issue immediately https://t.co/wgrw6fxcW1

Today Jibrael was literally thrown out by @ibakarachi not even allowed to collect possessions from hostel. Jibrael belongs to Lakki Marwat, he scored 90%+ in matric/inter, got admission in IBA on scholarship, became TA & sacrificed everything 2 months before graduation for truth https://t.co/rBgRvk3ozT

Jibrael from Lakki marwat expelled from @ibakarachi for exposing a male staff harassing a female staff. His crime was to speak against injustice & women’s right. Disgusted & appalled by this action by #IBAKarachi pic.twitter.com/B1YSHMBIiW