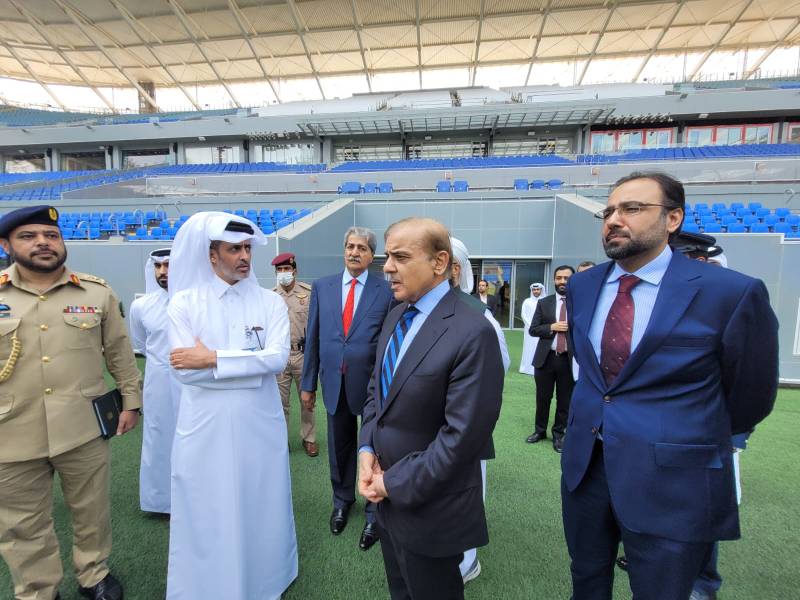 A statement issued by PM Office said the premier appreciated the efforts of the Arab nation in establishing state-of-the-art facilities for one of the biggest sporting events.

PM Sharif gets a guided tour and was briefed on the extensive preparations undertaken by the government of Qatar to host the mega event.

PM lauded the efforts of Qatar in establishing state-of-the-art facilities for one of the biggest sporting event of the world. He praised the grandeur of the football stadiums and associated facilities, depicting the Qatari culture and identity, built in a short span of time.

He also admired the grandeur of the football stadium and associated facilities, which are prepared in light of the Qatari culture and identity. PM wished the people and leadership of Qatar a resounding success in the convening of the mega event.

The federal cabinet approved the draft of an agreement between Pakistan and Qatar for the provision of armed forces for the security of the mega event, earlier this week.

ISLAMABAD − Pakistan Army will assist Qatar with security during the upcoming FIFA World Cup 2022 as the mega ...