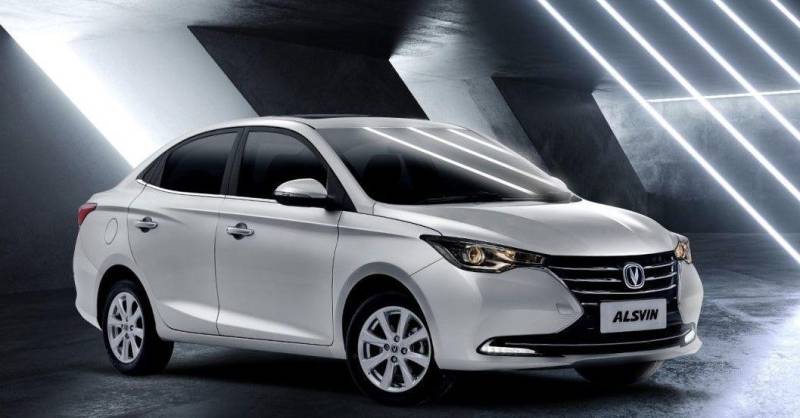 Changan has been keeping the auto enthusiasts on the tenterhooks through its marketing campaign being so unusual against traditional ads. Just as Changan Alsvin is ‘not another sedan’, so is the case with its commercials which are inspiring the viewers to dream big and actually achieve them. As Changan Alsvin aims to take you to your destination with comfort, where this campaign aims at pulling you out of your comfort zone to the road to success.

Changan’s message, as portrayed in the billboards, is a vivid reminder of how powerful humans are, just as Changan Alsvin’s Euro 5 engine. Specifically, one of its billboards has fast become the center of attention as commuters are advised to ignore Changan Alsvin but the catch lies in ‘Status Quo’ is the proponent. The billboards have been crafted to ignite laughter and brighten up the day of commuters. One of them literally yells at the set patterns by suggesting that dreaming big is part of standard features; what the company stands for. 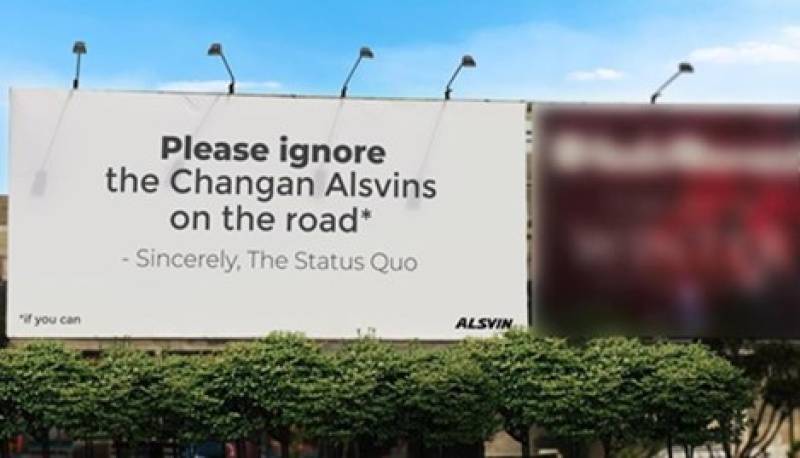 Changan presents a lethal combo in the form of manufacturing and marketing as its advertisement is in sync with reality. It does not believe in bombarding the viewers with ads, rather it is building a connection with the commuters through its cheeky radio ads. The office goers push the volume down as soon as commercials start but Changan is an exception.

Firstly, it does not even sound like an ad and feels more like an announcement but with a catch. Listening to the radio ad, one feels as if our car has suddenly started talking to us. The interesting part of the ad is the fact that it poisons you against Changan Alsvin and asks you to keep taking the traditional routes in life and avoid trying anything new. The ad is designed in a fashion to push us beyond our imaginative boundaries and follow our dreams which ‘Status Quo’ considers overrated. It is a classic example of how to shake one up about the cocoons they reside in besides compelling them to make crisp choices in life.

The social media posts of Changan are also taking a jibe at the so called ‘big players’ of the automotive market who have been rolling out models like carbon copies every year. Alsvin has definitely sent a thunderbolt to the automobile market through its models as well as its marketing model. The posts – which are both motivational and sarcastic – are engaging the audience at a deeper level and compel them to not give up on their dreams.

Changan has already conquered the multimedia landscape with Changan Alsvin’s TV commercial which depicts how perfection is at the core of Master Changan philosophy from conception to execution.  While the Pakistani audience pushed itself to the edge of the seats watching it, there was a surprise as it ditched the A-listers and roped in a completely new face who flaunted a death-defying stunt. The TVC features a Turkish actor standing casually aside a skiing Alsvin driven as comfortably as a knife goes through butter. The TVC by a local production house stole the limelight and enthralled the Pakistani audience.

And, when it comes to the local market, Changan Alsvin has upset the top guns already with its first-ever Euro 5 environment-friendly engine in Pakistan. The features offered by Alsvin are unheard of with multiple features in each car, be it the Dual-Clutch Automatic Transmission (DCT) or 145 N.m torque generated by it. For long drives, Alsvin comes with DCT featuring sports and Tiptronic transmission modes to tailor the road experience. Furthermore, the car has a very affordable price tag compared to its competitors and that is definitely an added bonus to its already attractive features.

Changan Alsvin is more of an experience than a vehicle with its ‘intelligent shift reminder’ which tells the driver when to shift the gears with fuel efficiency (only in Manual Transmission). Alsvin’s sporty model has blown away the auto market because it is efficient in terms of maintenance and care.

The magic wand of Changan has also shaped Alsvin’s safety features, equipping it with dual airbags and it has not ignored safety even for moving back for which rearview camera and parking sensors serve the purpose.

Changan believes in ‘human-machine interaction’ and its floating 7-inch display allows the driver to control lamps, locks as well as the air-conditioning system through a simple touch on the display screen.

Changan Alsvin sedan has also shattered the benchmarks of comfort and luxury with its cruise control feature which lets the driver enjoy the company of the partner with an effortless road experience.

Euro 5 sedan, saying, “Here at Master Changan, we dream of an auto industry where the customer has access to state-of-the-art technology in Pakistan so that they don't have to compromise on their dreams.”

Changan believes in providing a hassle-free experience to its consumers for which it has solved the puzzle of after-sale service. A network of workshops loaded with spare parts has been set up across Pakistan on top of the fact that the car is assembled locally.

Changan has cleared the air with its models and well-designed marketing campaign.

Are you in for the choice? Do you want to drive a car or drive a dream?

In case you dream big.