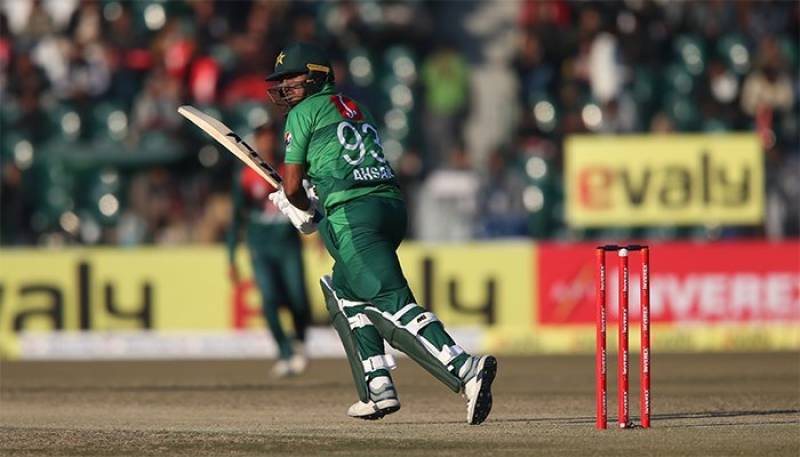 LAHORE - Pakistan, aided by an anchor role half-century (58) by veteran batsman Shoaib Malik, beat Bangladesh by five wickets in the first T20 international to take 1-0 lead in the three-match series here on Friday at the Gaddafi Stadium.

Bangladesh elected to bat after winning the toss posted 141 for 5 in 20 overs and Pakistan answered with 142 for 5 with three balls remaining, thanks to a role model knock by the man of the match, Shoaib Malik who batted with sheer responsibility and kept the one end alive.

The second T20 international of the three back to back matches will be played on Saturday (tomorrow) at the same venue followed by the last game on January 27.

Pakistan was off to a shaky start as Bangladesh pacer Shafiul Islam took the prized wicket of home captain Babar Azam (0), who was leading his side for the first at the home ground and his first-ever appearance before the home crowd proved a failure.

Former Pakistan captain Mohammad Hafeez, who made a comeback in the national team, failed to rise to the experience and seemed short of necessary application and confidence and managed only 17 runs off 16 balls. Ahsan Ali, the debutant, after scoring 36 runs gifted his wicket to Aminul Islam. He faced 32 balls with the help of four boundaries.

Shoaib Malik was then joined by Iftikhar Ahmed and both then contributed 36 runs for the fourth-wicket stand. Shafiul Islam then claimed his second by taking Iftikhar’s wicket at his individual score of 16. Shoaib justified his selection with steady innings consuming 58 balls, hitting five fours.

On the third last ball of the last over of the innings, Rizwan tried to hit a bit stroke but the ball was dropped by a rival layer and provided two runs to signal home teams victory.

Earlier, Bangladesh openers provided a sound start to the side by scoring 71 runs for the first-wicket stand to cause worries for the world champions Pakistan and seemed in the right direction to post a big total but some good pace and spin bowling on part of Pak players frustrated their hopes and restricted them to a modest total.

Both the Bangladesh openers played with authority and punished the bowlers severely. The last ball of the 11th over gave the hosts first breakthrough as their senior batsman Tamim Iqbal was run out at his personal score of 39 runs, which he gathered off 34 balls with the help of four boundaries and one six.

After that, Pakistan bowlers bowled brilliantly and built pressure on Bangladesh batsmen, which helped the hosts take key wickets of the visitors. Liton Das (12) was the second Bangladesh batsman, who was run out at a total of 98 runs. At the same score, Shadab Khan claimed the wicket of in-form Muhammad Naim, whose personal score was 43, as he played 41 balls and smashed three fours and two towering sixes.

For the fourth-wicket partnership, captain Mahmudullah and Afif Hossain added only 21 runs in the total, as their rescue mission was shattered by Haris Rauf, which was his debut wicket in T20 internationals. Afif, who remained key batsman during their last series against India, could contribute only 9 runs while their fifth and last wicket was claimed by Shaheen Shah Afridi, who dislocated stumps of Soumya Sarkar at his individual score of 7 runs while the guest team was struggling at 128-5 in 18.5 overs. From Pakistan, Haris Rauf, Shadab Khan, and Shaheen Shah Afridi were the successful bowlers as they got one wicket apiece.