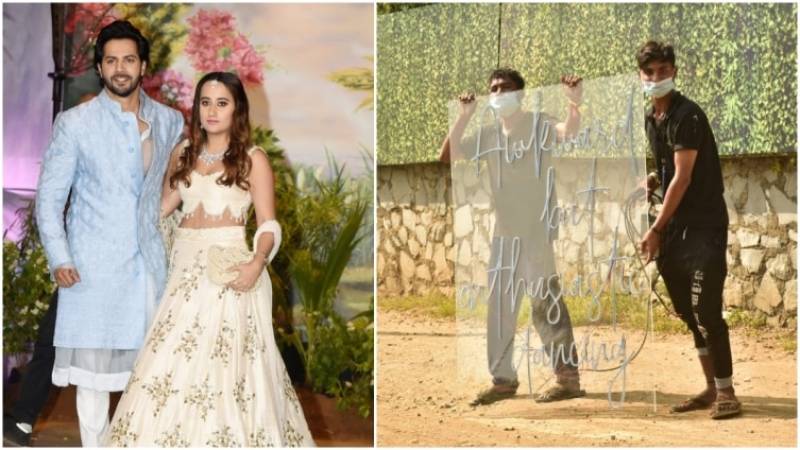 Varun and Natasha will get married as per Hindu rituals in the presence of family and close friends at The Mansion House resort in Alibaug, a coastal town and a municipal council in Raigad District of Maharashtra, India.

The wedding was originally planned for May 2020 but due to COVID-19 pandemic, it was pushed to 2021, reports in India media say.

Varun and Natasha first crossed paths while they were in school but started dating much later.

Some of the mainstream Bollywood actors and filmmakers will grace the sangeet night with their presence, such as Salman Khan, Arjun Kapoor, Malaika Arora, Sara Ali Khan, Karan Johar and many more.