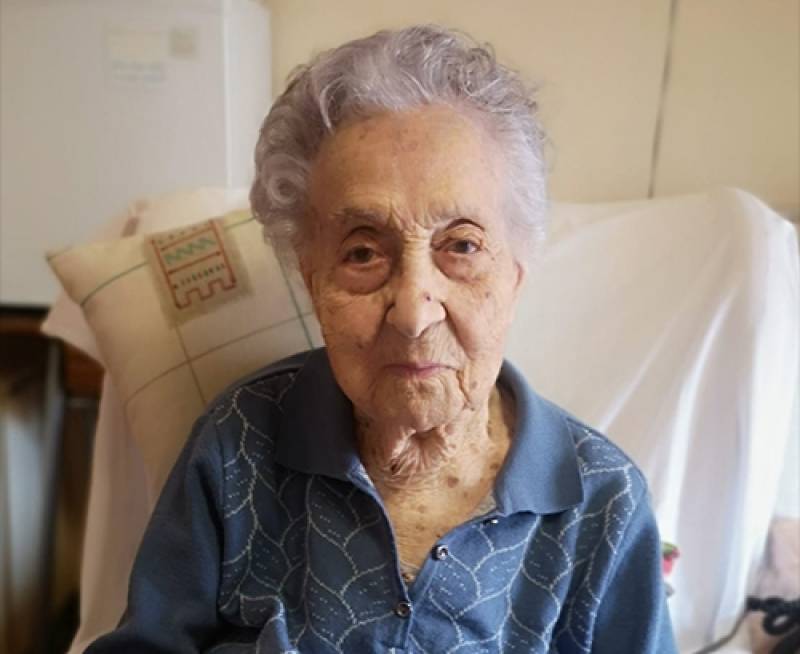 A Spanish woman has become the world's oldest living person at the age of 115 after the death of 118-year-old Lucile Randon of France, according to Guinness World Records (GWR).

She was born in San Francisco, California, on March 4, 1907, one year after her parents immigrated to the US. They made the decision to move to Catalonia when they returned to Spain eight years later. For the last 22 years, Mrs Morera has been residing in Residencia Santa MarIa del Tura, a nursing home in the region.

She married a Catalan physician Joan Moret in 1931. She told GWR that her wedding day was very eventful. After "hours of waiting for the priest," the couple learned that he had tragically passed away. The couple lived together for four decades until her husband died aged 72. Presently, she has three children, 11 grandchildren and 13 great-grandchildren. Mrs Morera maintains a positive attitude on life and holds that everyone can learn something new every day, regardless of their age, as per GWR.

Reacting to the news, the nursing home said in a statement, "She is in good health and continues to be surprised and grateful for the attention that this anniversary has generated. To celebrate this very special event we will have a small celebration behind closed doors in the residence in the coming days."

With the help of her daughter, she often shares wisdom on Twitter.  She attributes her long life to factors such as maintaining order and tranquility, fostering positive relationships with loved ones, being in nature, having emotional stability, and avoiding negative influences. She also believes that luck and genetics play a role in longevity.

"She has never gone to the hospital, she has never broken any bones, she is fine, she has no pain," her daughter told Catalan News on Wednesday.

Mrs Morera fought off Covid-19 in 2020 after surviving both World Wars, the Spanish Civil War, and the Spanish Flu pandemic. She caught the virus just a few weeks after celebrating her 113th birthday but she quickly recovered, as per the GWR website.