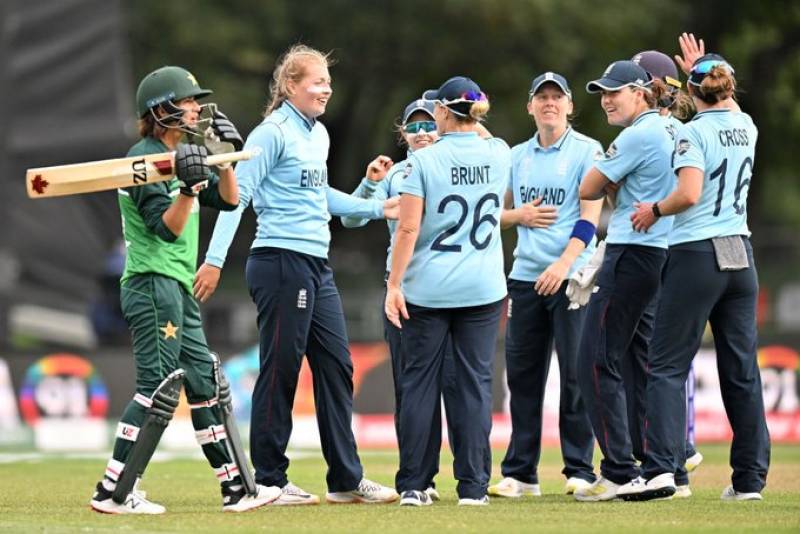 Team England chased down the modest target of 106 runs in only 19.2 overs with a major contribution from Dann Wyyat, who smashed first half-century of the world cup.

After winning the toss and electing to bowl first at Hagley Oval, Brunt played a major role in restricting Pakistan early on.

Both English bowlers took three wickets each, with the pacer removed the opening line-up while the spinner dismantled the lower-order.

Sidra Ameen and Sidra Nawaz were the only two batters for Pakistan who put up scores of 20+ as the rest of the batting order had no answer to the England bowlers, ICC said in a press release.