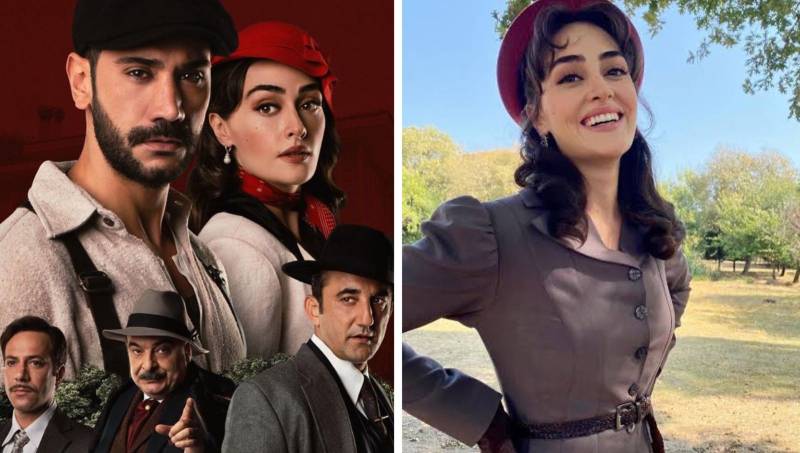 Turkish beauty Esra Bilgiç aka Halime Hatun has proved that she is a star performer at heart and has gained much admiration ever since the super hit Turkish television series Dirilis: Ertugrul on-aired.

The 29-year-old gorgeous actor has an enthralling Instagram feed which is adored by her massive fan following.

Taking to Instagram, Bilgiç won hearts as she left the fans bedazzled with adorable BTS video from the sets of her newly released drama serial Kanunsuz Topraklar co-starring Ugur Gunes.

In the aforementioned video, the Ramo star gives a sneak peek of the beautiful memories she garnered while shooting for her drama serial alongside the cast and crew.

Moreover, the series has left millions of her fans gushing over the power-packed performances. Expectations have skyrocketed as the audience wait for the exciting story to unfold.

Esra became a household name in Pakistan after PM Imran Khan directed the authorities to have drama series Dirilis: Ertugrul dubbed in Urdu and telecast in Pakistan.

Dirilis: Ertugrul breakout star Esra Bilgic is the epitome of an endearing and exuberant woman who has mastered the art ...