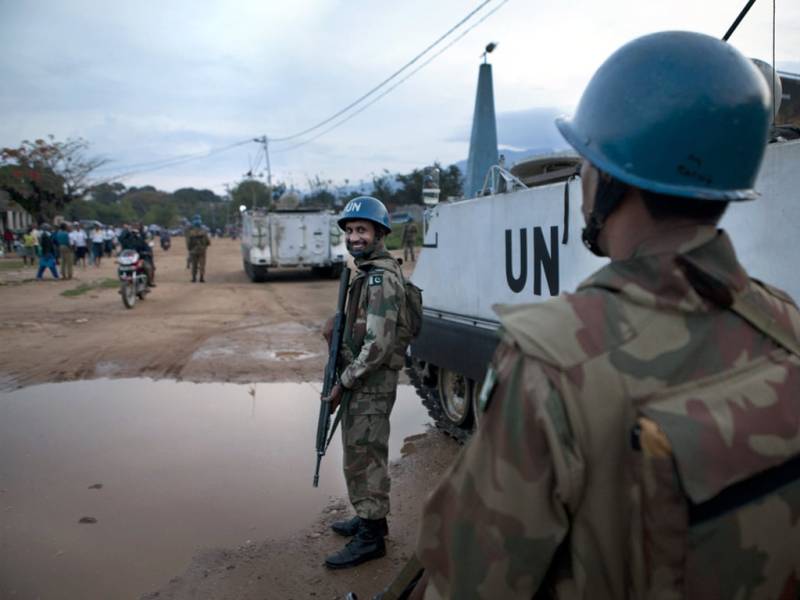 ISLAMABAD - As many as 158 Pakistani peacekeepers have sacrificed their lives for global peace, Director General of Inter-Services Public Relations Maj Gen Babar Iftikhar said this while extending United Nations "best wishes" on its 75th anniversary.

He added that Pakistan has contributed over 200,000 troops to 46 UN Missions in 28 countries.

According to the UN, Pakistani troops are currently serving in seven UN operations, with the vast majority of them deployed in the Democratic Republic of the Congo, the Darfur region of Sudan, and the Central African Republic.

Earlier this year, a Pakistani soldier was posthumously awarded a medal by the United Nations for his peacekeeping services rendered in the Democratic Republic of Congo.

Amir Aslam was named the recipient of the Dag Hammarskjöld Medal, a posthumous award which is given by the UN to officers or civilians who lose their lives while serving in a United Nations peacekeeping mission.

According to Maj Gen Iftikhar, Aslam was a resident of Kotli in Azad Jammu and Kashmir and was serving in the United Nations' peacekeeping mission in the Congo.