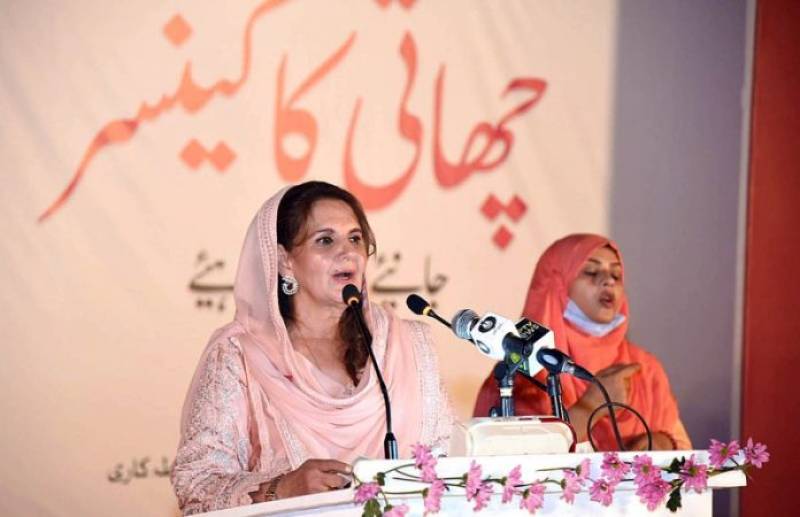 KARACHI -  First Lady, Begum Samina Arif Alvi Saturday said that breast cancer in Pakistan was being addressed at an unprecedented scale and was being taken seriously as about 50,000 women of low-income households had been educated about it during the past two years.

She also lauded the media’s role in creating awareness about breast cancer by spreading her message. The breast cancer awareness campaign was yielding results as it was no more considered as a taboo, she said.

She advised women to go for screening so as to identify breast cancer as early as possible and encouraged them to be bold and inculcate the habit of self-examination.

Expressing concern on the prevalence of breast cancer in Pakistan, she said that it was not only being diagnosed in women over the age of 50, but among the young girls, and even men were also being diagnosed with this disease.

The number of breast cancer deaths was increasing in Pakistan due to the paucity of screening and radiation facilities and because of the stigma attached to this disease, she observed.

She also requested the influential and philanthropists to donate to those institutions which have radiation and screening facilities.