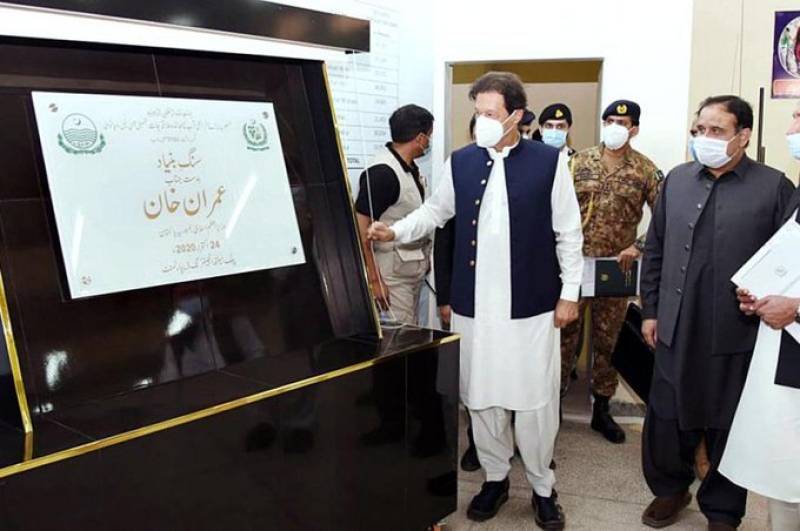 During his visit to Esakhel, the prime minister administered polio drop to start the polio eradication campaign and also planted a sapling.

According to a press release of PM office media wing, out of the allocation made for the supply of clean drinking water, the Federal government would provide 80 per cent whereas the provincial contribution would be 20 per cent.

With the completion of project, 3.4-million-gallon water on daily basis would be supplied, facilitating a total of 87 villages and 151 settlements, consisting about 2.5 million population.

Powered through solar energy, this project would have the water storage capacity for three months during the drought season.

During his visit, the prime minister was briefed in details about Rs19 billion development package for Mianwali including rehabilitation and expansion of roads, restoration of 46 water supply projects, reconstruction of tehsil hospitals at Piplan and Kalabagh, and provision of facilities, 200-bed mother and child hospital, addition of 400 class rooms in the existing schools, reconstruction of 77 dilapidated school buildings and progress on Mianwali university project.

The prime minister stressed upon focusing on the educational facilities for the female children and women.

Later, he also took aerial review of the supply of clean drinking water project for Esakhel and the adjoining tehsils.