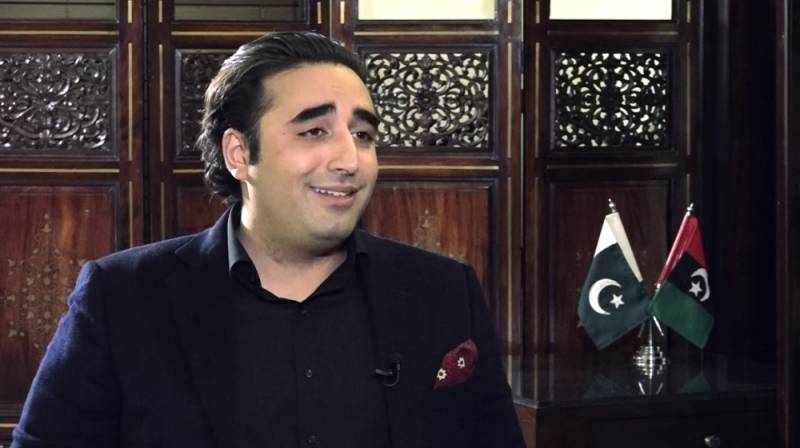 Pakistan’s Foreign Minister Bilawal Bhutto Zardari drew media attention when he replied to a journalist about his wedding.

The 34-year-old faced questions about his marriage plenty of times, and this time PPP Chairman was asked about getting hitched during his United Nations General Assembly visit.

In a clip doing rounds on social media, a journalist of a foreign publication was heard asking Bilawal, ‘There are my Pakistani friends asking if you have any plans to marry.’

Bhutto scion, who was seen in a jovial mood, answered the most-asked question. ‘Of course, I have plans to marry, he said hurriedly without delving into more details’.

#WATCH: "I have plans to marry," #Pakistan FM Bilawal Bhutto-Zardari tells Arab News on the sidelines of #UNGA.
–https://t.co/eGzOWnX6jC pic.twitter.com/foweNmPQ2Y

When the journalist asked about the exact time, PPP Chairman moved away, saying ‘I’m in rush’.

LAHORE - Bilawal Bhutto has often been the target of various 'jokes' that make people want to defend him on social ...

The young politician now appears to have a rehearsed response, he earlier revealed about getting several marriage proposals, saying he would marry a girl of his sisters’ choice.