Heavy rain forecast for next two days in Karachi 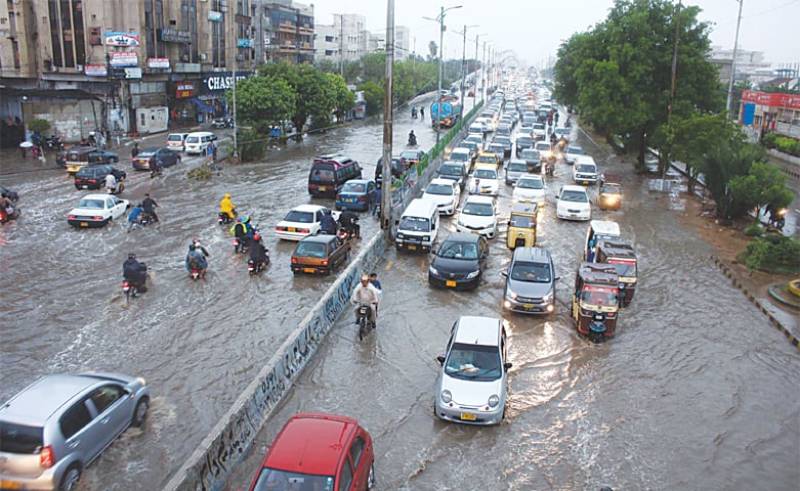 KARACHI - Light to heavy rain continuing in the city Since early Tuesday morning.

According to media details, due to the rains caused urban flood in various areas due to which routine life almost standstill, along with many other problems electricity shutdown and non-availability of water.

On the other hand, Korangi Crossing Road Tuesday morning closed for vehicular traffic after flooding in Malir River due to rainfall.

According to the details, Korangi Causeway has already been blocked for traffic.

In some slum areas, rain water has entered houses and shops; leaving the residents crying and condemning the performance of the concerned civic agencies.