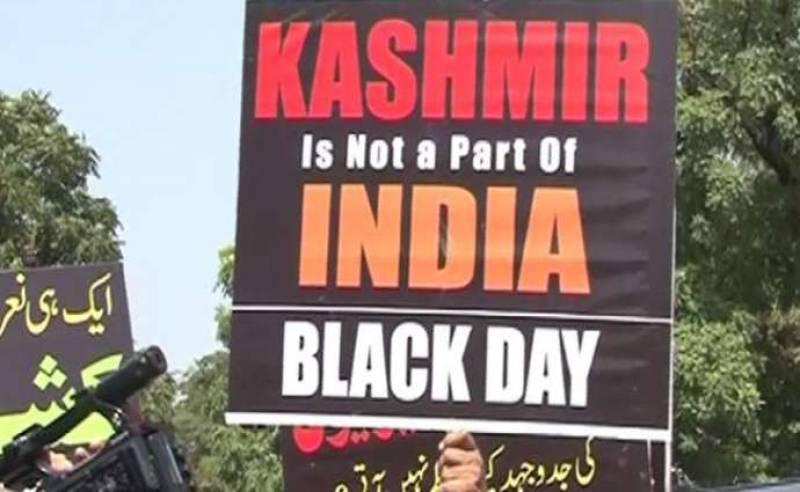 MUZAFFARABAD – Kashmiris living on both sides of Line of Control and rest of the world will observe Indian Republic Day as Black Day tomorrow to draw world attention towards the continued Indian occupation in Indain held Kashmir and depriving Kashmiris for their right of self-determination for the last 73 years.

This year, Kashmiris are observing the black day at the time when Indian BJP government scrapped special status of the internationally-acknowledged disputed territory and usurped the fundamental rights of the citizens through massive deployment of its military and prolonged curfew and communication blackout.

Protest rallies and demonstrations will be held in all districts of Azad Kashmir.

Meanwhile, India’s Republic Day has brought more miseries to the already besieged people as Indian troops have intensified checking and frisking in Srinagar city and other parts of the Indain held Kashmir in the name of so-called security measures.

While the Kashmir Valley remains under strict military lockdown on 174th straight day, today, Indian troops and police personnel have been deployed in strength to keep a watch on the movement of people.

Chairman, APHC, Syed Ali Gilani in a statement in Srinagar, has said democracy is the name of respecting aspirations and opinion of people but India, in the garb of so-called democracy, has always suppressed Kashmiris’ aspirations and kept them under illegal military occupation for the last over 72 years.