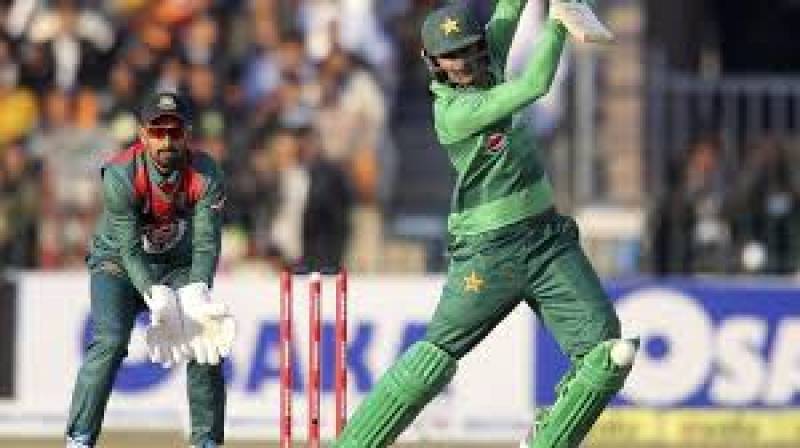 LAHORE - The second T20 between Pakistan and Bangladesh will be played at Gaddafi Stadium, Lahore today (Saturday).

The match will start at 2:00 pm in the afternoon.

On Friday, Pakistan, aided by an anchor role half-century (58) by veteran batsman Shoaib Malik, beat Bangladesh by five wickets in the first T20 international to take 1-0 lead in the three-match series.

Bangladesh elected to bat after winning the toss posted 141 for 5 in 20 overs and Pakistan answered with 142 for 5 with three balls remaining.

After Friday's victory, Pakistan became the first country to play 150 Twenty20 Internationals. The victory by five wickets and three balls to spare was Pakistan's 92nd (which includes a tie won in a tie-breaker) in the shortest format of the game.

Against their 92 victories, Pakistan have been defeated 57 times (including two losing ties), which puts their success rate at 62.08 percent. Only one T20I played by Pakistan ended in no result.

In all, 71 countries have so far played T20 International cricket.

Pakistan have enjoyed supremacy in this shorter format of the game since the start and are still on top of the ICC T20I Rankings with 270 points, followed by Australia (269).

The Green Shirts must win the remaining two matches of the current home series against Bangladesh to maintain their number one position on the T20I rankings.

The last game between Pakistan and Bangladesh will be played on January 27.