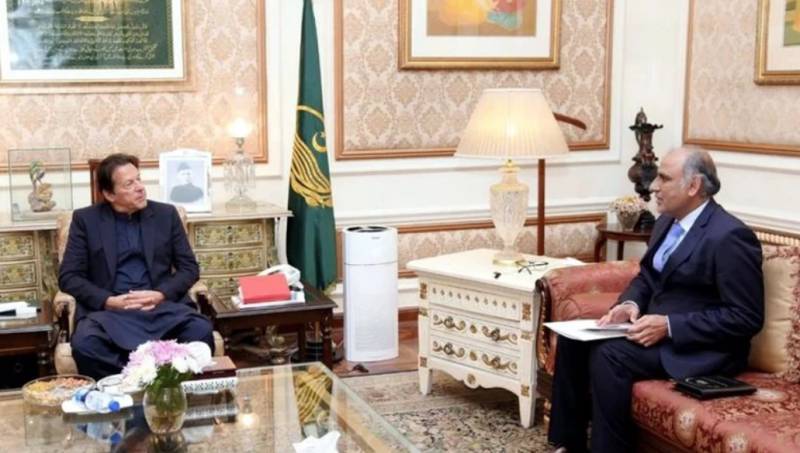 Reports in local media said the Cabinet Division confirmed the appointment of the British-Pakistani businessman and politician in a notification after the approval from the premier.

“PM Imran Khan, in terms of Rule four of the Rules of Business 1973, has been pleased to appoint Syed Tariq Mahmood-ul-Hassan, as a special assistant to the PM on Overseas Pakistanis and Human Resource Development”, the notification cited.

PM reportedly met with Hassan at the Prime Minister House before the appointment was formally announced.

Hassan informed that overseas Pakistanis face lots of issues and he will use his new position to work towards resolving these issues, as per the vision of PM Imran Khan who always supports expatriates.

PM asked me to work hard to take care of the welfare of overseas Pakistanis, address their genuine complaints, protect them from land grabbing and similar other hazards, facilitate them in their investments, remove hurdles and assist in policy decisions on the basis of suggestions received from overseas Pakistanis, he added.

Earlier, Mahmood-Ul-Hassan was appointed as the vice-chairperson of the Punjab Overseas Commission by Chief Minister Punjab Usman Buzdar.

ISLAMABAD – Prime Minister’s aide on Accountability and Interior Shahzad Akbar resigned from his ...

The britain-based politician is also an acclaimed author, philanthropist, and legal expert. Hasan is the UK president of the World Congress of Overseas Pakistanis (WCOP). In 2019, he bagged the Brian Tracy Award of Excellence and was awarded the Social Entrepreneur of the Year Award in 2020.