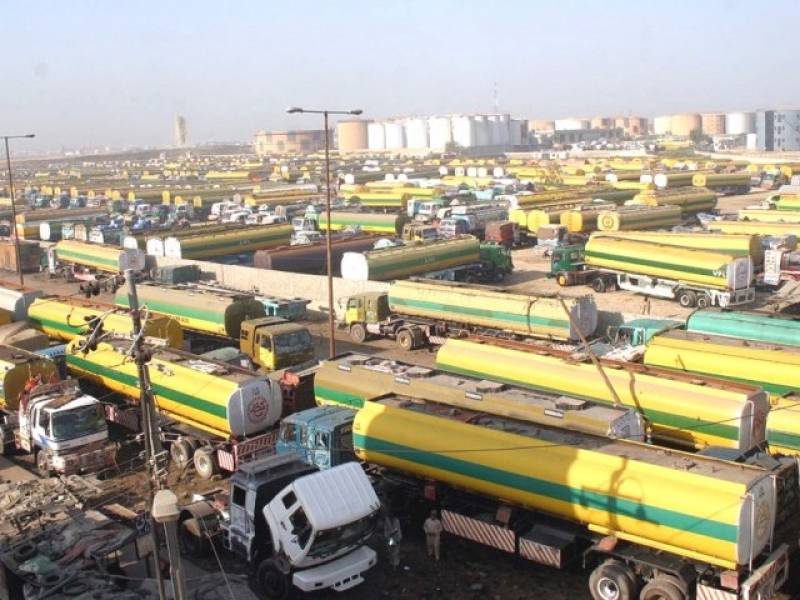 KARACHI – A countrywide strike by All Pakistan Oil Tankers Owners Association entered its second day on Tuesday halting the supply of oil to stations.

On the other hand, the negotiations to settle the dust would be held at Ministry of Petroleum today.

He said that owners were being forced to spend Rs1 million on every tanker in the light the new OGRA safety regulations. “Strike will go for an indefinite period until the strict policies of the government are not reviewed,” Shahwani maintained.

He said that around 85,000 tankers are used to supply oil throughout the country. The members of the tanker union asked the government to solve their demands immediately.

At least 12 oil tanker accidents occurred in the last two month. The Ahmedpur East oil tanker inferno took lives of over 200 people. Many of the injured are still under treatment in different hospitals.

The motorway police had decided to implement OGRA safety rules after the incident. Their strict screening has caused worries for the oil tanker owners.