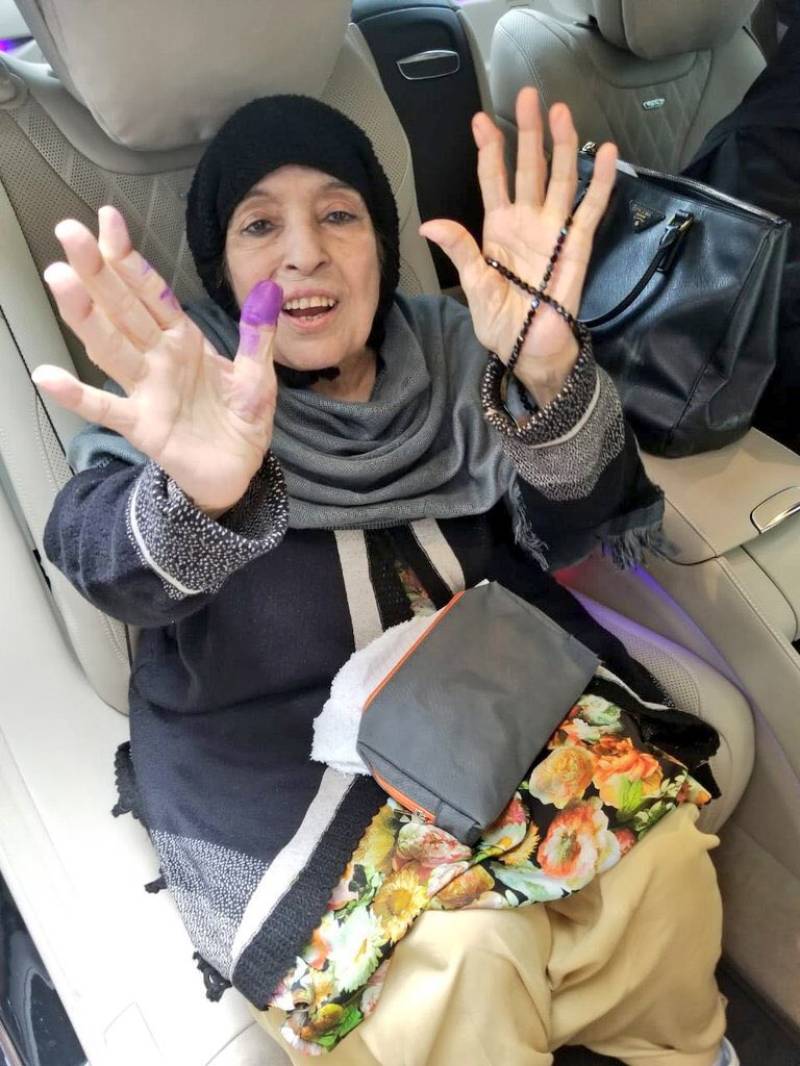 LAHORE - Shameem Sharif, the mother of former premier Nawaz Sharif and former chief minister Punjab Shehbaz Sharif, arrived at a polling station in Lahore to cast her vote for the 11th General Elections.

The 85-year-old lady hopped in a car to reach the Railway road area of Lahore where she is expected to cast her vote shortly.

The said region is encompassed by NA-124 constituency where Hamza Shehbaz Sharif, the son of Shehbaz Sharif is contesting against Pakistan Tehreek-e-Insaf's Nauman Qaiser and Zubair Kardar of Pakistan Peoples Party.

The polling for the general elections across Pakistan started at 8 am which will continue till 6 pm without any formal break.

In the ongoing elections, as many as 105.96 million people, including 47 million female voters, will be able to use their right to vote, with over 1,2000 candidates vying for 270 national and 570 provincial assembly seats. Twenty-three percent of the total voters would be taking part in the exercise for the first time.