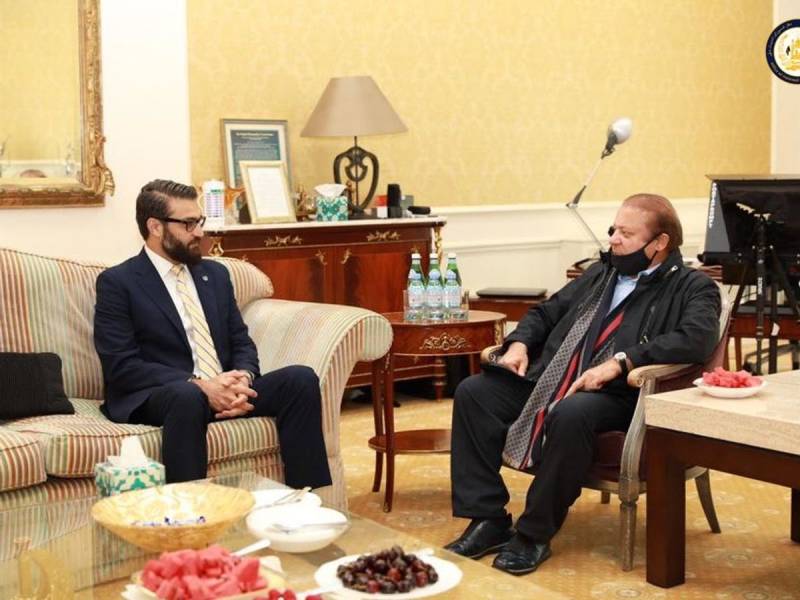 According to the report of The News, an Islamic country of the Middle East played a crucial role in the meeting of Nawaz Sharif and Afghan National Security Adviser Hamdullah Mohib in the British capital.

The report quoting sources claimed that a diplomat from the Middle Eastern country approached PML-N leader in this regard during his London visit to meet the UK’s political and military leadership besides meeting with politicians and ambassadors from several countries.

The report further added that the Sharif family also confirmed that the deposed Prime Minister agreed to hold the meeting at the request of a Middle East country.

In the meanwhile, the meeting between the two stirred a storm in the country’s politics as many of the ruling party leaders lambasted the former PM for ‘friendly ties with enemies.

Federal Information Minister Fawad Chaudhry said this was why ‘sending Nawaz Sharif abroad was dangerous for Pakistan as such people become accomplices in international conspiracies”.

Shireen Mazari criticized Sharif for "shameless self-interest" to protect his looted wealth and said the meeting came after the Afghan NSA had called Pakistan a "brothel".

Later, Maryam Nawaz came to defend her father by tweeting that the “country’s peaceful existence with its neighbours is the very foundation of Nawaz Sharif’s ideology for which he has worked tirelessly”.

“It is the very essence of diplomacy to talk to everyone, listen to their point of view and convey one’s own message across: something this government doesn’t comprehend and hence is a complete failure on the international front,” she mentioned.

The statement further added that “both sides agreed that they would both benefit from the policy of mutual respect and non-interference in each other's internal affairs and ‘strengthening democracy’ will put both neighbors on the path towards stability and prosperity.”

In the meanwhile, the meeting was held after a violent group of Afghan demonstrators attacked the office of the Pakistan High Commission in the British capital. The attacker not only created a ruckus outside the high commission but also roughed up the visitors.

The relations between the neighboring countries took another hit after the episode of Silsila Alikhel, the daughter of the Afghan envoy to Pakistan who claimed abduction in the country's federal capital on July 16.

Pakistani officials however dismissed her claims. It is a part of an international conspiracy against Pakistan, the country’s Interior Minister told a private news channel. Later, Kabul recalled its ambassador and senior diplomats from Pakistan, demanding punishment for those responsible. Pakistan Foreign Ministry called the act ‘unfortunate and regrettable'.