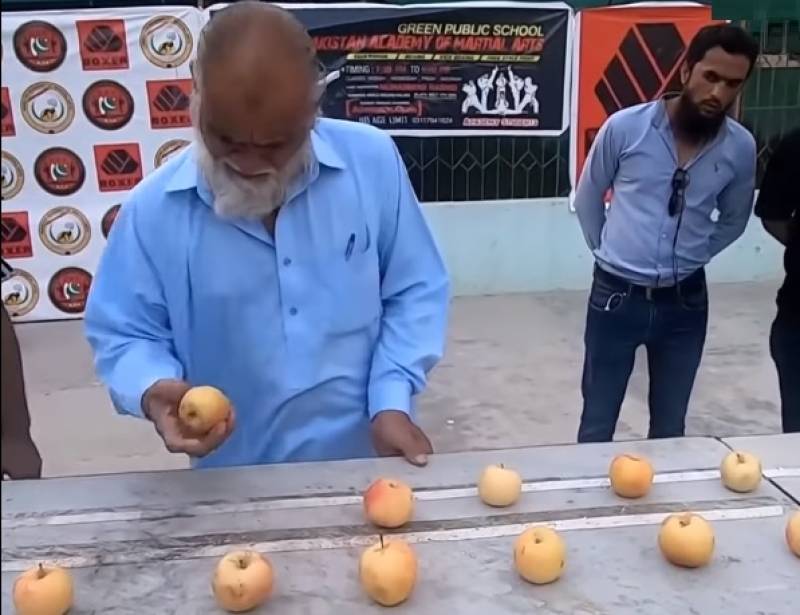 A 70-year-old man from Pakistan has set a Guinness World Record by crushing the most apples with his hand in one minute.

Naseemuddin, who is a welder by profession, crushed 21 apples in 60, breaking his own record of 18 apples. Last year, he defeated England’s athlete by surpassing his record of 13 apples.

The achievement is the latest addition to the record-breaking family as he is the father of Mohammad Rashid, who has made more than 70 world records in the martial arts category. Naseemuddin’s 7-year-old granddaughter has also set a world record.

“Like father, like son! Naseem is the father of serial record breaker Muhammad Rashid and decided to break a record for himself. Naseem has previous experience of working with iron as a welder which is how he gained all the strength in his hands,” it wrote.