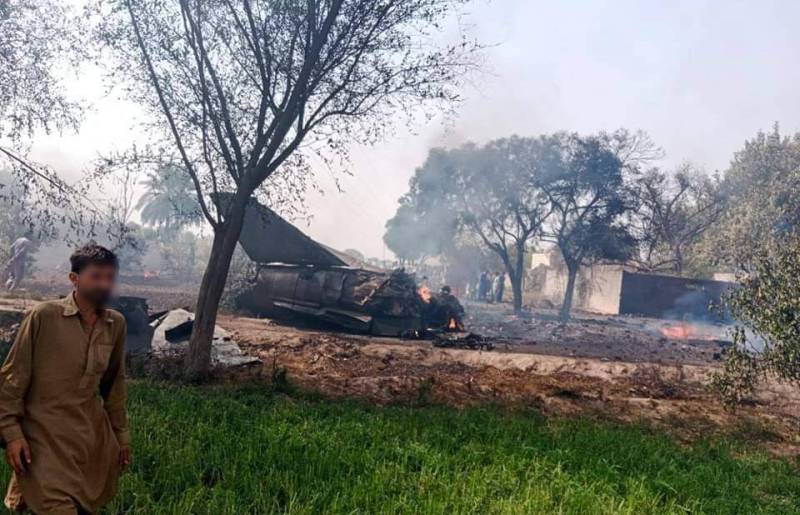 MIANWALI – A Pakistan Air Force (PAF) aircraft crashed in Mianwali, a city in the northwest region of Punjab, on Wednesday during a routine training mission.

A PAF spokesperson said the pilot managed to eject safely, and no loss of life had been reported on the ground.

Meanwhile, Air Headquarters has formulated a board of inquiry to investigate the reasons for the crash.

A Pakistan Airforce (PAF) FT-7 trainer aircraft crashed in Mianwali , Pakistan due to technical issues. Both the pilot managed to eject safely.

Several incidents were reported in the last couple of years, with nearly five Pakistan Air Force jets crashing during training missions and one while rehearsing for the March 23 parade.

Another incident occurred in 2020 when an aircraft of the PAF had crashed while on a routine operational training mission Squadron Leader Haris bin Khalid and Flying Officer Ibaadur Rehman, aboard the PAF FT-7 aircraft had lost their lives in the crash.

A PAF F-16 aircraft was crashed near Shakarparian in the federal capital during rehearsals for the March 23 parade. Wing Commander Nauman Akram was martyred in the crash. Another incident was reported near Pindigheb, Attock in which another aircraft was crashed.