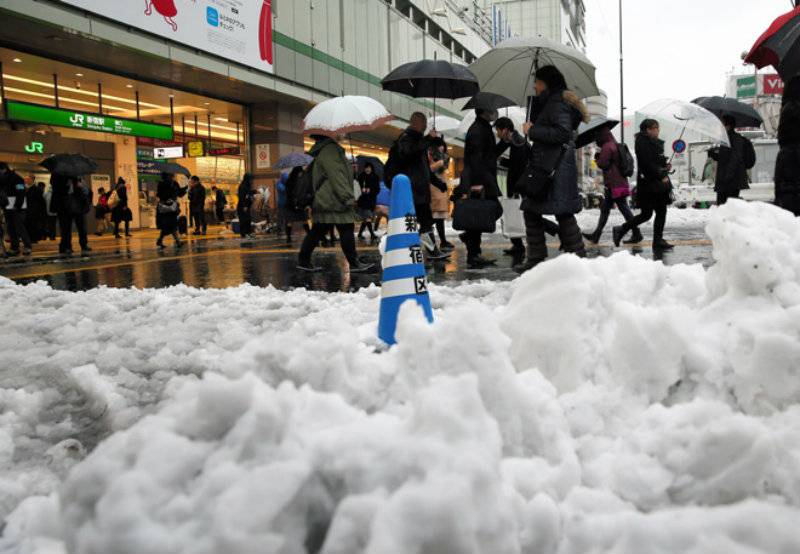 TOKYO - The Japanese capital city and its surrounding areas have been hit by first November snowfall for the first time in 54 years.

It was the first time snow accumulated on the ground in Tokyo in the month since records were first collected in 1875. 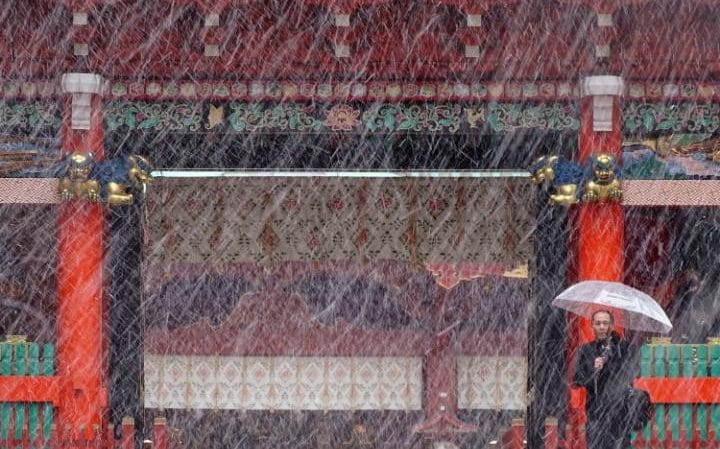 The first snow began falling in central Tokyo at 6:15 a.m. - 40 days earlier than normal, according to Koyodo news agency.

Snow also fell in Yokohama and other major cities in eastern Japan.

The snowfall was only listed as a "small accumulation" in Tokyo but it disrupted traffic and increased demand for electricity by 95 percent of capacity with Tokyo Electric Power Company Holdings Inc. 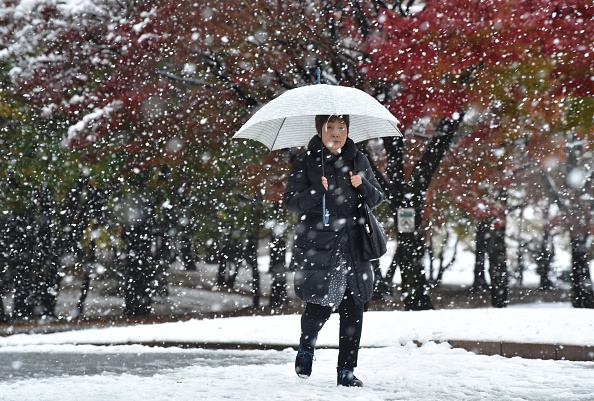 Injuries were reported in Tokyo and surrounding prefectures. At least nine people in Tokyo were injured in falls, police said. 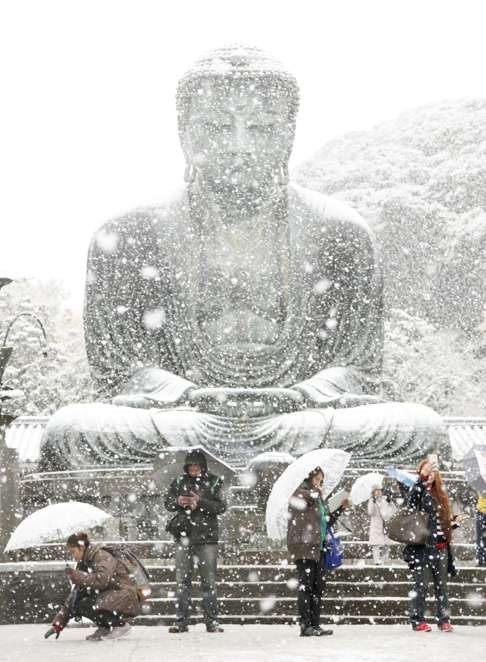 Temperatures dropped to a record low in many locations. In the town of Nakashibetsu, Hokkaido, the mercury hit about 1 degree Fahrenheit while Tokyo's Edogawa Ward recorded 33 degrees.

The expected snowfall over a 24-hour period through was less than an inch in lowlands of the region, including most parts of Tokyo.