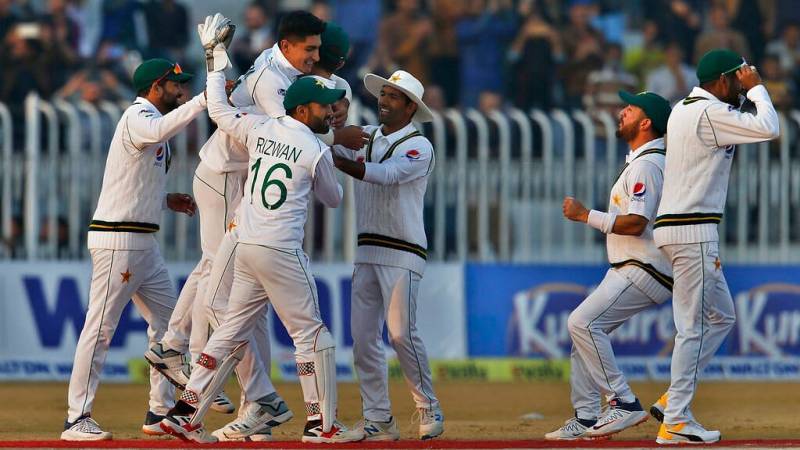 LAHORE – The Pakistan Cricket Board (PCB) on Thursday announced the squad for the first Test match against The Tigers.

The national selectors announced the squad for the Test against Bangladesh, which will be played on November 26 in Ch Zahoor Ahmed Cricket Stadium Chittagong.

Meanwhile, Bangladesh Cricket Board announced the squad for the opening match of the Alesha Holdings Test series against Pakistan. The hosts will try new faces including Mahmudul Hasan Joy, who has made a promising start to his first-class career, and pacer Rejaur Rahman Raja.

DHAKA – Men in Green completed a clean sweep over The Tigers in their Twenty20 series, winning the final game by ...

On the other hand, Babar led squad is in good spirits as they managed to complete a series whitewash 3-0 against ‘The Tigers’ when Nawaz hit a boundary off the last ball to give the Men in Green their 17th T20 victory in a calendar year.

DHAKA – Pakistan defeated Bangladesh by five wickets in the third Twenty20 international match in Dhaka on ...