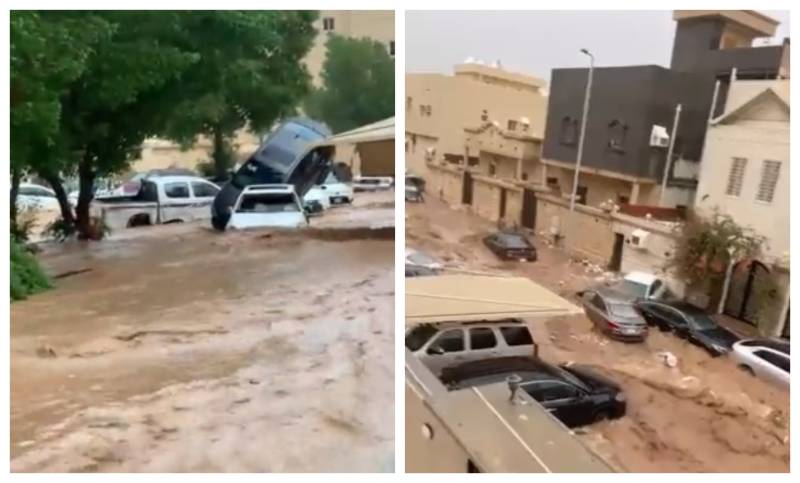 The causalities, which occurred on Thursday, were confirmed by the Makkah government on its Twitter handle.

The National Center for Meteorology (NCM) of the kingdom confirmed that the heavy rain that affected Jeddah governorate on Thursday was very heavy, as it lasted for about 8 hours.

It added that it was the highest ever recorded rain, amounted to 179.7 mm in the south of the governorate, according to the Center's monitoring stations.

The Saudi officials said that this rainy state is the highest in the history of Jeddah since 2009, which at that time reached 111 mm, and 90 mm in 2011, pointing out that the chance of rainfall will be continuing until this Friday morning, before it would be limited, according to state-run SPA.

The flooding situation also disconnected the Makkah city, the holiest city in Islamabad, from Jeddah from where thousands of pilgrims travel to Makkah to perform Umrah. However, the connecting road between the two cities was later cleared for the traffic.

Winter rainstorms and flooding occur almost every year in Jeddah as last year they killed 123 people in 2009.

RIYADH – A Royal Saudi Air Force F-15S fighter jet crashed at the King Abdulaziz Air Base training grounds due to ...