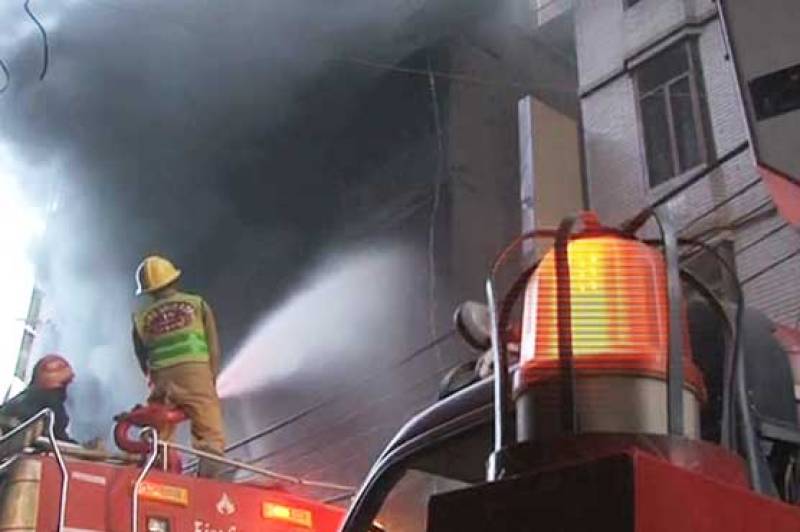 LAHORE –A readymade garments store was gutted by massive fire which broke out in a three-storey building located in Anarkali Bazar in Lahore on late Thursday night.

According to media details, the fire broke out at the third floor of a three-storey building due to short circuit.

Rescue teams reached the spot and brought the fire under control.

No loss of life was reported in the incident.

However, readymade garments, cloth and other valuables worth millions of rupees were destroyed.