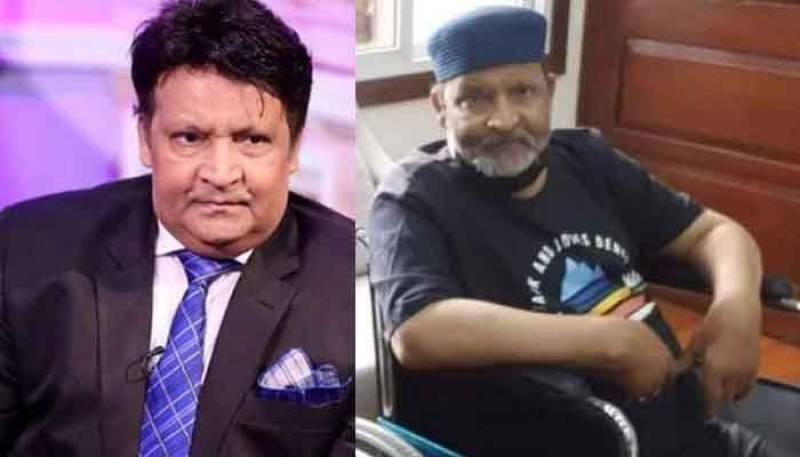 KARACHI – The Civil Aviation Authority (CAA) has allowed an air ambulance to land in Pakistan to take ailing veteran comedian Umer Sharif to the US for his treatment.

The German aircraft will land at Karachi airport tomorrow (Sept 26) at 11pm. The call sign of air ambulance is 1264-IFA.

The air ambulance is owned by Jet ARENT FAI company. It will be refueled at Karachi airport before its departure to US.

Earlier this month, Umer Sharif was granted the US visa to travel for his treatment.

The PPP leader also extended gratitude to the US consulate for prompt action as Sharif is critically ill, and his family said seeking help from the Prime Minister’s Office to arrange a health visit to Washington.

The 66-year-old will be treated at George Washington University Hospital by a team of eight specialists including the husband of actor Reema Khan who also helped the family in shifting the Zameen Aasmaan actor.

Dr. Tariq Shahab while speaking to local media said Sharif was admitted to the Aga Khan University Hospital with congestive heart failure and was diagnosed with mitral valve regurgitation –a condition in which blood leaks backward instead of flowing out to the rest of the body.

Sharif’s blood pressure is said to be normal and his kidneys have been stabilized by dialysis while medical experts expressed hope that the celebrated comedian will be able to travel to the US.

Earlier, the family of Sharif revealed that the comedy king would have to undergo open-heart surgery in Pakistan if he could not travel to the US while the open-heart procedure could prove threatening for his health as he is suffering from multiple ailments.

The recent development came after Sharif, in a video clip, requested Prime Minister Imran Khan to take notice of his deteriorating health and help him for traveling abroad.

KARACHI – Pakistan’s legendary comedian Actor is all set to travel to the US as the Sindh government has ...

Earlier, Fawad Chaudhry and Sindh Governor Imran Ismail have announced on behalf of the federal government that all the required treatment facilities will be provided to the legendary comedian who has renal and cardiovascular issues.