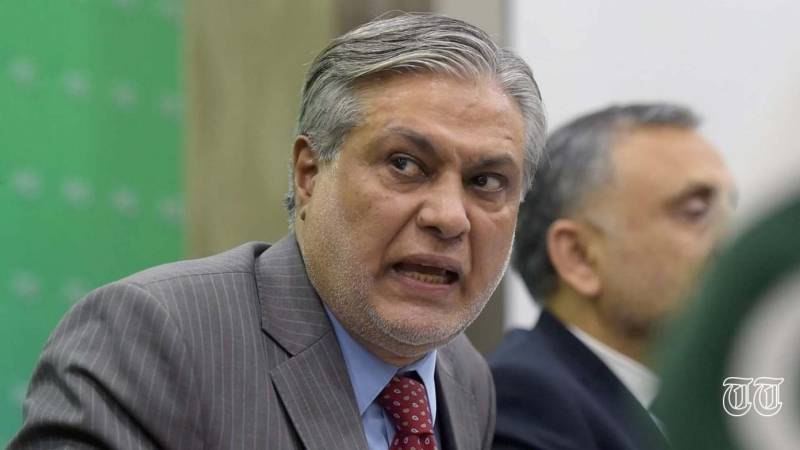 LONDON – PML-N leader Ishaq Dar will be leaving the British capital for Pakistan on Sunday along with Prime Minister Shehbaz Sharif.

The decision about Dar's return to Pakistan was made after multiple meetings between PML-N patron Nawaz Sharif and PM Shehbaz Sharif in London over the weekend.

As decided by the two party leaders, Dar will assume charge as the finance minister on Tuesday. Incumbent Finance Minister Miftah Ismail will however remain part of the government.

Dar earlier told the Pakistani media that he will take oath as a senator immediately on his return to Pakistan and perform whatever duty he is assigned by Nawaz and Shehbaz.

PM Shehbaz arrived in London over the weekend after attending the 77th United Nations General Assembly (UNGA) in New York.

On Friday, an accountability court in Islamabad suspended the warrants for Dar's arrest in a corruption case.

In 2017, the court had declared Dar an absconder in a corruption reference after he failed to appear in court during the trial.

During the hearing, Dar's lawyer Qazi Misbah requested the court to withdraw the arrest warrant it had issued against his client. “The National Accountability Bureau should be stopped from arresting Dar. He will come straight to the court as soon as he lands in Pakistan,” Misbah promised.

Subsequently, accountability judge Muhammad Bashir accepted the PML-N leader’s request and suspended his arrest warrants till October 7. He also barred NAB from arresting Dar, giving the former finance minister a chance to surrender to the court. “We will consider permanently suspending Dar’s arrest warrants once he appears before the court in person,” the judge added.