Cleaning operation in rain-hit Karachi to be launched in Sept, says PTI minister 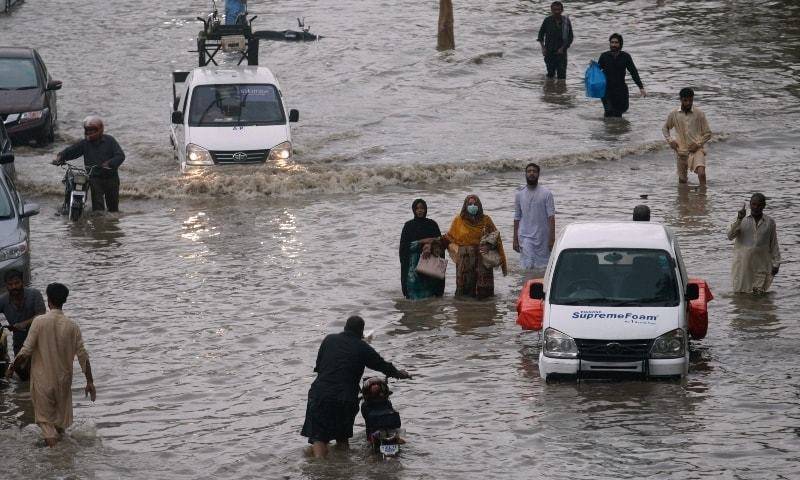 ISLAMABAD – Minister for Planning and Development Asad Umar has said that work on project for clearing nullas and river beds in Karachi would start next month.

In his tweet, the Minister said that the city drowned every time it rained heavily so it has become vital to implement the plan on priority.

Asad Umar said after approval, work on the project would start next month and will be completed in a year.

The chief minister has directed chief secretary to issue a notification in this regard while vacations of all government employees have been cancelled.

All employees, who are on the vacations, have been asked to report their departments concerned.

I am on round in the city to ensure the operation of the drainage system. “We are with people in the difficult time,” he remarked.