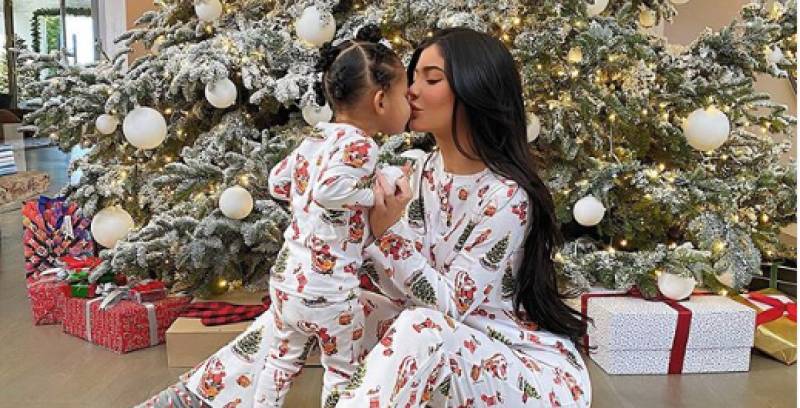 It's been nearly 2 years since the youngest of the Kardashian-Jenner clan, Kylie Jenner, gave birth to her daughter, Stormi Webster, after a rather hush hush pregnancy.

most wonderful time of the year ✨ thank you @ralphandrusso for the custom dresses.

Stormi is growing up fast while being pampered all the time. And with Christmas around the corner, we're all expecting that Stormi will be showered with gifts, but no one expected her to be gifted a bloody house!

stormi’s playhouse... the way i’d pay rent to live in there pic.twitter.com/88LNuHTFVz

Grandma Kris Jenner gifted her one-year-old granddaughter an epic mini house and it's bigger than our actual house.

about a year ago with my baby 💛 where does the time go..

According to abc13, Kris was in tears as she revealed the playhouse, which was the same as the one Kylie had when she was Stormi's age. She even decorated the house with identical furniture.

The giant playhouse features a bench, a faux fireplace, a mini kitchen, a baby with a cot, and a balcony for Stormi to look out on.