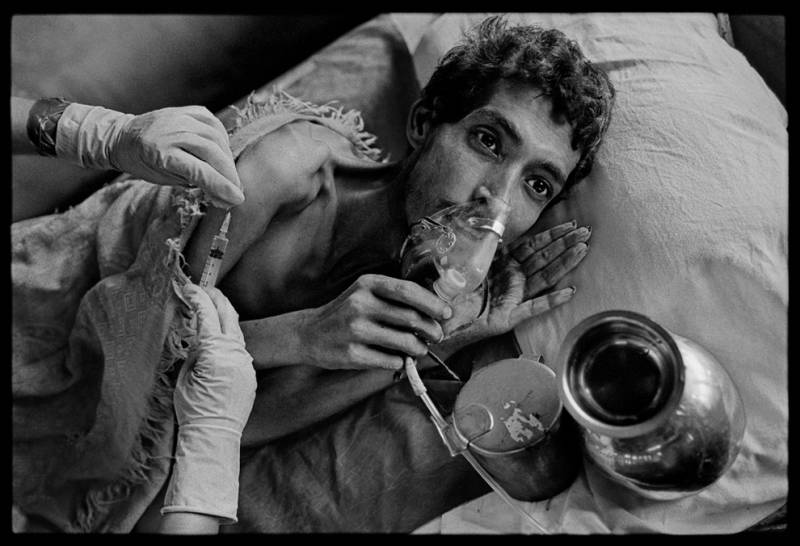 ISLAMABAD (Staff Report) - Pakistan ranks sixth among the 22 high tuberculosis affected countries, and has 43 per cent share of its patients in the Eastern-Mediterranean region of World Health Organization (WHO).

An estimated one-third of the world's population is currently infected with TB. The WHO is working on a plan to reduce TB prevalence rate and deaths by half by 2015.

An official of the National TB Control Programme said that over 700,000 TB patients have been treated free of cost and 100 per cent latest treatment methodology of DOTS coverage has been achieved in the country.

He said training and health education material has been developed and all health care providers concerned have been trained. He said 982 microscopy centres have been set up from public resources for free of cost diagnosis of TB.

He said external quality assurance for sputum microscopy had been implemented in 40 districts of the country while five reference laboratories had also been established, including one at federal level and one each at provincial levels.

Dr Wasim Khawaja from Pakistan Institute of Medical Sciences (PIMS) said that TB was an infectious bacterial disease caused by mycobacterium tuberculosis, which most commonly affects the lungs.

He was of the view that the disease was transmitted from person to person via droplets from throat and lungs of people with the active respiratory disease.

In healthy people, infection with mycobacterium tuberculosis often causes no symptoms, because their immune system acts to wall off the bacteria.

He said the symptoms of active TB of the lung are coughing, sometimes with sputum or blood, chest pains, weakness, weight loss, fever and night sweats. Tuberculosis was treatable with a six-month course of antibiotics, he added.