Gender inequality: not educating girls is a crime against humanity 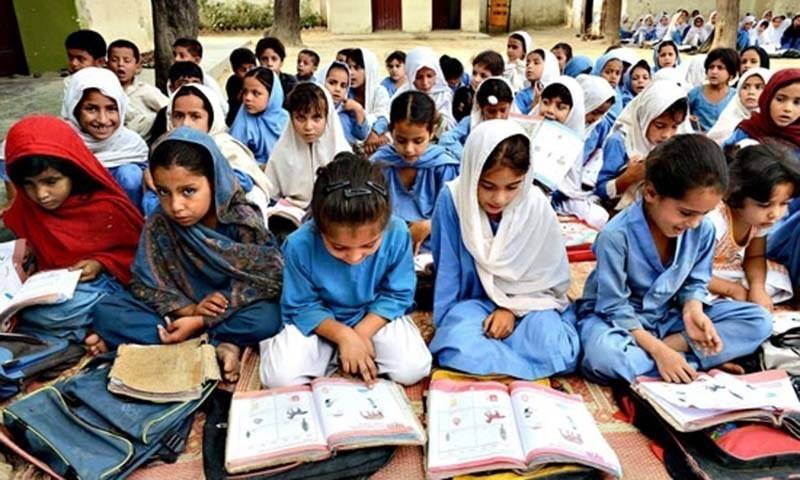 At the time of independence, 71 years ago, Mohtarma Fatima Jinnah, Begum Ra’ana Liaquat Ali Khan and many other women intellectually, physically and motivationally participated in the Pakistan movement. Their struggle had a symbolic message for Pakistan which conveyed the invaluable importance of women in success, growth, and sustainability. Quaid e Azam Muhammad Ali Jinnah rejected the notion of gender discrimination by his words and actions emphatically as his sister actively participated in the independence movement.

“No nation can rise to the height of glory unless your women are side by side with you; we are victims of evil customs. It is a crime against humanity that our women are shut up within the four walls of the houses as prisoners,” said Quaid e Azam Muhammad Ali Jinnah. (Pakistan — A Country Study, US Library of Congress)

After the new country’s birth and sudden demise of Jinnah, Pakistani rulers criminally harmed its cause, progress, and ideology by condemning girls’ education. Adding to the miseries, the cult of merciless and arrogant feudal lords, greedy and lustful industrialists and power-hungry and corrupt religious clerics has become invulnerable to the extent that even in this fast-paced era of social and electronic media they are considered untouchables.

The world believes that educating a girl is educating a nation but here in Pakistan, an educated girl is considered a real pain in the neck, as it is believed that she doesn’t compromise. She never lets the male dominant society suppress her and in addition, the girls under her supervision learn to fight for their rights too.

The girls of the province of Punjab seem to be divided into three parts mainly: central, southern and western. Due to higher parity level in central Punjab and some other urban areas, overall gender parity score of the province is almost 0.93 percent whereas in both south and west Punjab it declines to 0.73 percent at many places. This intra-province gender gap shows that masses’ awareness and desire for prosperity forced the government to work considerably to diminish the gender discrimination in urban areas. On the contrary, girls of districts Rajanpur, Khushab, Muzaffargarh, Mianwali, and Bhakkar are deprived of their fundamental right to all-inclusive and free education under the article 25-A. Most of the areas where female children are not sent to schools in Punjab are under the control of feudal lords who deliberately keep the girls uneducated.

The main objective of Sindh’s education plan was parity in access to education which so far only exists on paper. A huge gulf between the enrollment of girls and boys is present at all levels. Last year at the primary level, 1.48 million boys enrolled as compared to 0.91 million girls.

Girls’ schools are comparatively way less than boys and despite the efforts of the government to eradicate ghost schools and teachers, education of girls remains a challenge. Corrupt politicians have pegged back the institution building and improvement process. Most of Sindh is similar to southern and western Punjab as most of the province is ruled by powerful landlords who don’t want to see an educated community in their locality.

Enrollment and retention crises join hands to worsen the overall condition of girls’ education all over Pakistan. Girls in Sindh are grappling with huge challenges that hinder them from getting the education.

One of the most attractive, influential and striking slogans of KP’s ruling party was the emphasis on education but after 5 years of governance, 51 percent of girls are out of school according to Alif Ailaan. The particular acuteness of the problem has diverse reasons but the most prominent reason is the scarcity of girls’ schools in KP. Shockingly, in 2018 number of primary and middle schools has decreased from the number of schools in the year 2013.  KP had 23,517 primary schools in 2013-14 whereas, in 2017, 22,179 are left. Likewise is the case with middle schools which have dwindled to 2,611 while there were 26,236 middle schools in 2013-14 when PTI took charge of KP.

The enormous gender gap in education is alarming, and despite the provision of certain incentives, the disparity is consistent with only slight improvement. Girls’ enrolment numbered 1.5 million in 2017 while almost 2 million boys enrolled in primary to high-level schools in KP. This difference of 5 million is almost the same as what was observed in 2013-14.

The gloomy picture access to education in Balochistan portrays the utter failure of state and the province itself. Limited and shamefully low enrolment rate of girls coupled with an extremely high level of gender disparity depicts an absolute neglect and disinterest of provincial government.  Can anyone imagine that in this postmodern era when people are reaping the fruits of advanced gadgets and internet in classrooms, only 15 percent females residing in rural areas are literate while 76 percent of urban males are literate? There is no learning improvement or any competition for achievement for the majority of girls has no access to education.

Girls’ enrolment rate has considerably declined over the years: it has come to 0.22 million in 2017 from 3 million which was recorded in 2012 in all the three levels: primary, middle and high. This decline in access to education in Balochistan is consistent which shows that gender gap is widening every day instead of narrowing.

Only 20,015 girls were enrolled in primary schools during the year 2016-17 which mirrors the incapability, apathy, and ignorance of people who governed the province from the year 2013 to the year 2018.

Unfortunately, corrupt politicians are clever enough to identify the parts of the country where they have to invest and areas where ignorance, hunger, homelessness, and poverty serves as their strength.

The provincial reports on education by Alif Ailaan and other international surveys depict that all the provinces, Punjab, Sindh, Balochistan, and KP have failed to educate the girls. The statistics, if observed minutely, point to the need for a change since the country can’t afford this failure. After the 18th amendment, education became a provincial responsibility, but all in vain for no betterment in girls’ enrolment has occurred as of yet.

Governments can’t and won’t change their priorities unless people force them to do so. The most emphatic evidence of the fact is in Balochistan where three different parties ruled during last 5 years but only graceful oath-taking ceremonies changing faces took place.

General elections are going to be held on 25th July 2018, within a month’s time, and it’s time to wake up and not to vote in the candidates who are self-centric, corrupt and insensitive. Let’s reject all the predators notwithstanding which party they represent. Let’s show them their real value for if they become a part of government yet again their rule will end in 2023 and by then almost no chances of improvement will be left.