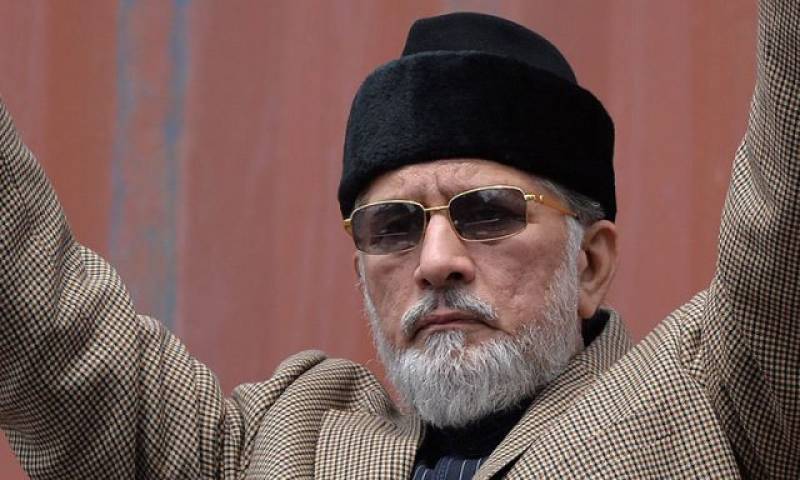 LAHORE - Dr Tahirul Qadri, the chief of Pakistan Awami Tehreek, left Pakistan for one more time after apparently failing to implement his agenda.

The firebrand leader, who had earlier announced not to contest the upcoming elections, flew off Monday night for a 60-day visit to Turkey, Egypt, the UK and Denmark.

According to party sources, Qadri was dismayed as the undisclosed 'promises' made to him were not fulfilled.

'Rather, he was made to feel irrelevant as his brand of accountability, electoral reforms, Model Town justice were not taken to the logical conclusion by those who promised them in the first place,' said the source.

LAHORE - Pakistan Awami Tehreek (PAT) chief Tahir-ul-Qadri has announced that his party will not contest the ...

A party member explained that these circumstances led to the decision of first boycotting the elections and then leaving Pakistan for two months.

'He would now return to the country when the elections are held and governments are in place and assess the political situation once again,' he added in a conversation with Dawn news.

Dr Qadri, who staged multiple protests during the stint of Pakistan Muslim League Nawaz, has allowed his party workers to vote for a candidate who has good track record in public service and pious, however, he has stressed that the candidate should not belong to the PML-N.

No worker would contest, even in his individual capacity, on party flag, though Qadri had announced that he was not boycotting the elections, scheduled on July 25.

Dr Qadri had landed in Pakistan in the first week of June for overseeing his party’s preparation for the forthcoming general elections and to manoeuvre the political landscape in his favour by forging alliances.

When PAT spokesman Noorullah Siddiqui was asked about the previous tours, he tried to water down the controversy and said that the PAT had two major demands: making the Justice Baqar Najfi report public and justice for Model Town massacre.

“If alliance with other parties matures and contest becomes a single symbol affair, Tahirul Qadri would become part of the election campaign and stay till elections,” he had said.