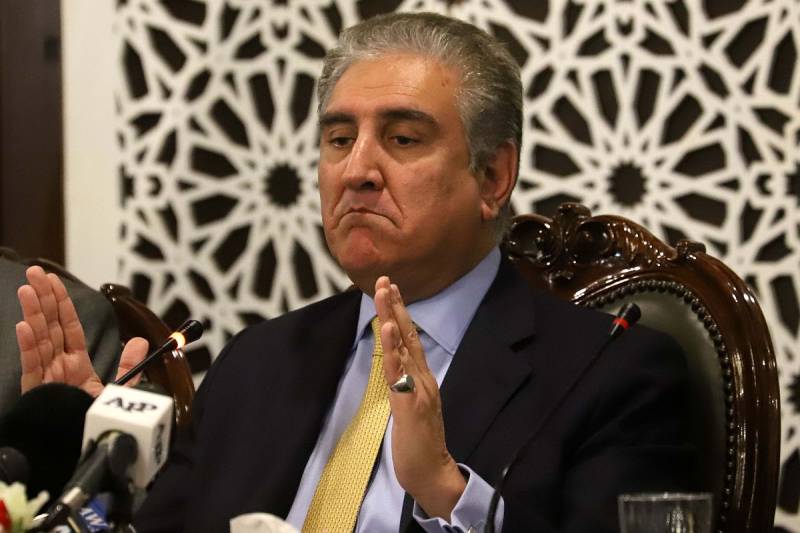 ISLAMABAD – Foreign Minister Shah Mahmood Qureshi Saturday questioned the decision of the financial financing watchdog to keep Pakistan on the grey list despite the completion of 26 out of the 27 points of the action plan.

In a statement issued today, the Foreign Minister while questioning the working of FATF said ‘It is to be determined whether FATF is a political forum or a technical one and whether it is being used to achieve political objectives.' Adding that as far as the issue of addressing the FATF's action plan is concerned, Pakistan has completed work on 26 points and added: Significant progress has been made on the 27th point and we intend to do more.

In my view, there is no reason to keep Pakistan on the grey list in such a situation, Qureshi said and regretted that some forces want the sword to continue hanging over the South Asian country.

HE further added that ‘Pakistan is taking steps in its own interest. What is our interest? Our interest is to curb money laundering and terror financing and whatever is in our interest we will continue to do so.’

On Friday, the FATF after a five-day plenary meeting appreciated Pakistan’s progress and efforts to address items on its country action plan and announced to keep the country on its grey list till it addressed the one remaining CFT-related item. It has also handed the government six new anti-money laundering areas to work on.

“The FATF encourages Pakistan to continue to make progress to address as soon as possible the one remaining Countering Finance of Terrorism (CFT)-related item by demonstrating that Terror Financing investigations and prosecutions target senior leaders and commanders of UN-designated terrorist groups,” FATF President Marcus Pleyer said.

ISLAMABAD – The Financial Action Task Force (FATF) announced on Friday that Pakistan will continue to remain on ...

In a presser after the plenary meeting concluded in Paris, the President of financial watchdog Dr Marcus Pleyer said that Pakistan remains under “increased monitoring. The incumbent government has made substantial progress in making its counter-terrorist financing systems stronger and more effective. It has largely addressed 26 out of 27 items on the action plan it first committed to in June 2018, he added.