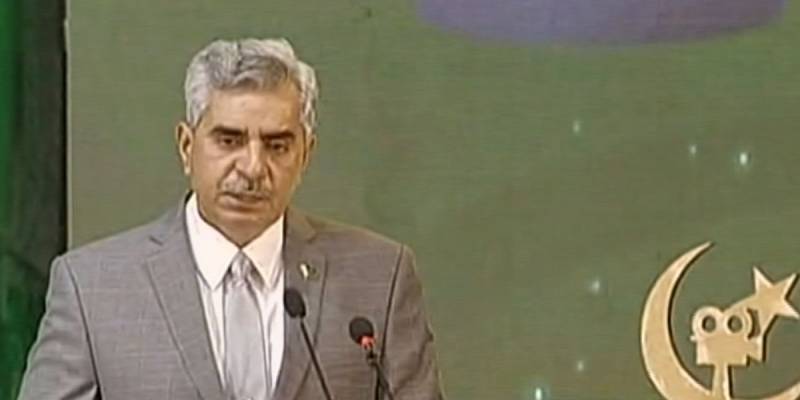 A ceremony of the National Amateur Short Film Festival Awards 2021 was held in Islamabad with Prime Minister Imran Khan attending the event as chief guest.

Talking to the participants, the DG ISPR said that the platform will help youth to portray the positive image of Pakistan, adding that this is the first initiative of its kind that aims at highlighting the hidden talent.

Major General Babar Iftikhar said that three categories – students, professional and mobile phones – have been included in the competition.

Speaking on the occasion, Prime Minister Imran Khan urged Pakistani filmmakers to produce original content as the world values it.

“I have witnessed the evolution of Pakistani cinema over time and mistake was made in the beginning as our film industry was impressed by Bollywood and it caused promotion of another culture,” he said.

On the other hand, he recalled, the content of Pakistani television, which came up with different approach, was hailed across the border as well in India in 60s and 70s.

He advised young filmmakers to produce original content as it sells.

Talking about the impression of the international showbiz industry on Pakistan’s, he said that vulgarity began from Hollywood, reached Bollywood and then that kind of culture was promoted in the country.

Hitting out at an approach of promoting soft image, he said that such things are based on inferiority. He added that a soft image was actually based in independence and self-belief.

Speaking English and wearing Western dress are not the way to promote the soft image, he said, adding: “We should promote Pakistaniat”.