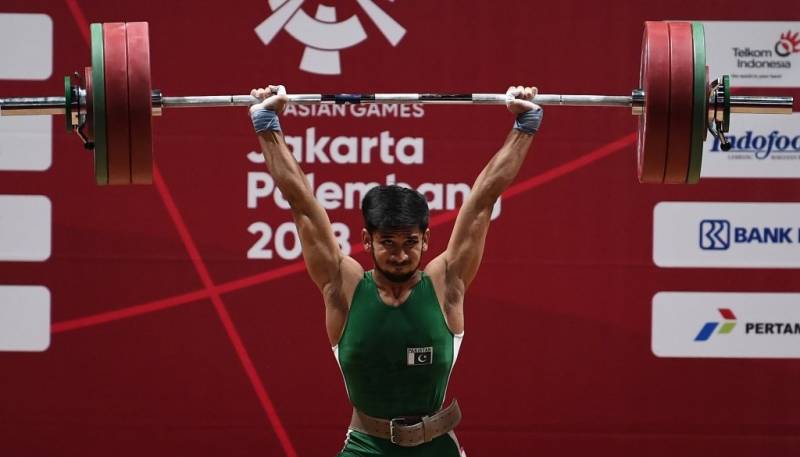 LAHORE – Pakistani weightlifter Talha Talib has been nominated to attend the upcoming Tokyo Olympics following an invitation from the International Olympic Committee.

The Gujranwala-based weightlifting star has secured the berth for the mega event on the basis of ‘Invitational Quota’. Accepting the request of the Pakistan Olympic Association, the International Olympic Committee has confirmed that the Olympic Games Tripartite Commission has finalized the Invitation Places in collaboration with International Weightlifting Federation (IWF).

Accepting the request of NOC Pakistan, the International Olympic Committee has confirmed that the Olympic Games Tripartite Commission has finalized the Invitation Places in collaboration with International Weightlifting Federation (IWF) pic.twitter.com/nTF6eqmBiL

Reports quoting Pakistan Olympic Association Secretary Muhammad Khalid Mahmood said it is for the first time that the young weightlifter will be participating in the Olympic Games representing the South Asian country. 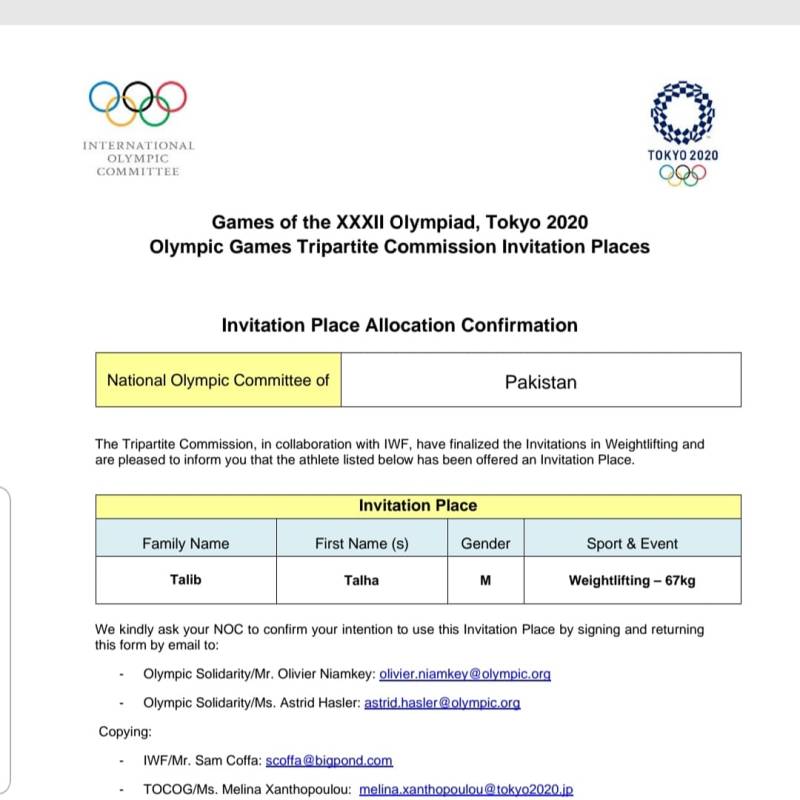 Expressing delight over the nomination, Mahmood said ‘It indeed is a great honour for the athlete to be part of an Olympic Games and amongst the finest athletes of the world showcasing their performance.

With the latest feat, Pakistani athletes have so far earned participation in Athletics, Badminton, Judo, Shooting, Swimming, and Weightlifting events for Tokyo 2020 Olympic Games, he added.

The bronze medal winner in the Asian Weightlifting Championship will be in action for Pakistan in the 67-kilogram weight category. Talib has bagged a number of medals including Bronze in the Commonwealth), Gold in the South Asian Games, and another Gold for International Solidarity Weightlifting Championship. The young athlete also holds the title of four-time national champion.