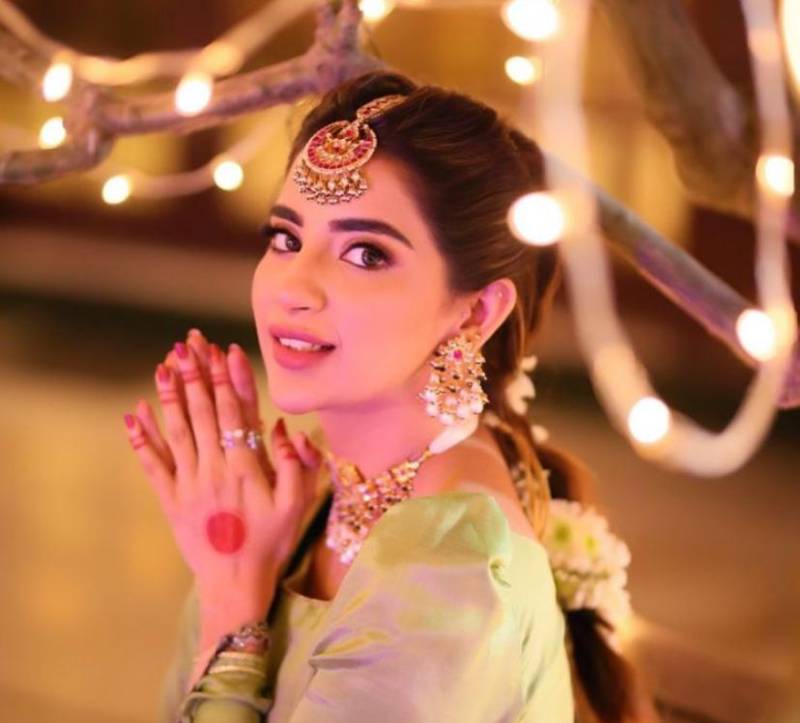 Saboor Aly has proved herself as an enthusiastic performer who has been making waves in the drama industry. She has managed to garner ample praises for herself in a short span of time.

Recently, the 26-year-old has won hearts with her energetic bhangra at the wedding of her friend and the video has taken the internet by storm.

Saboor showed off some kickass dance moves at the wedding as the Gul-o-Gulzar star danced her heart out on the beats of the drum.

The video was posted on Zara Noor Abbas and Umair Qazi Instagram stories where the groom Umair was also spotted having fun.

Dressed in an all green kurta, Saboor was rocking the short hair look as she had the time of her life.

On the work front, Aly has been riding high on the success of her drama serial Fitoor which won her a lot of praises from the masses for her negative portrayal.

Alizeh Shah rose to the pinnacle of fame within a very short span of time. With her flawless acting skills and a bubbly ...