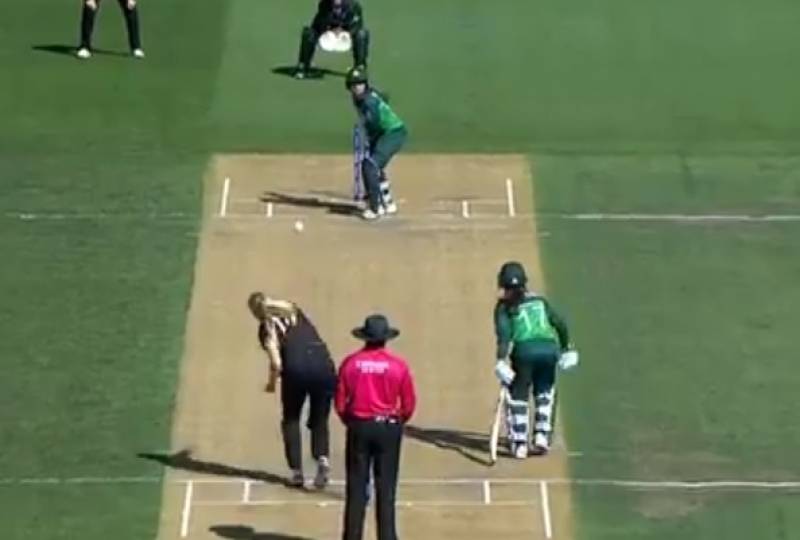 Source: A screegrab from ICC video

Bisma Maroof-led side could score 194-9 in 50-over match in chase of 265 runs target. Maroof scored 38 runs while Nida Dar remained prominent with fifty runs.

Suzie Bates hit 126 from just 135 deliveries in the White Ferns' total of 265/8 and that proved too much for Pakistan as Rowe picked up 5/55 to effectively seal the result for New Zealand at Hagley Oval.

Despite winning the match, there is slim hope for the Kiwis reach the semi-finals of the tournament as New Zealand now requiring both England and India to record large losses on Sunday to have any chance of sneaking in.

Bates compiled her fourth World Cup hundred and 12th in ODI cricket on her way to a superb 126 that set her side up for a big total in good batting conditions.

The New Zealand veteran smashed 14 boundaries during her 135-ball innings as she brought up her 5000th ODI run for her country.

Nida Dar took three wickets for 39 while Anam Amin and Nashra Sundhu claimed one wicket each.