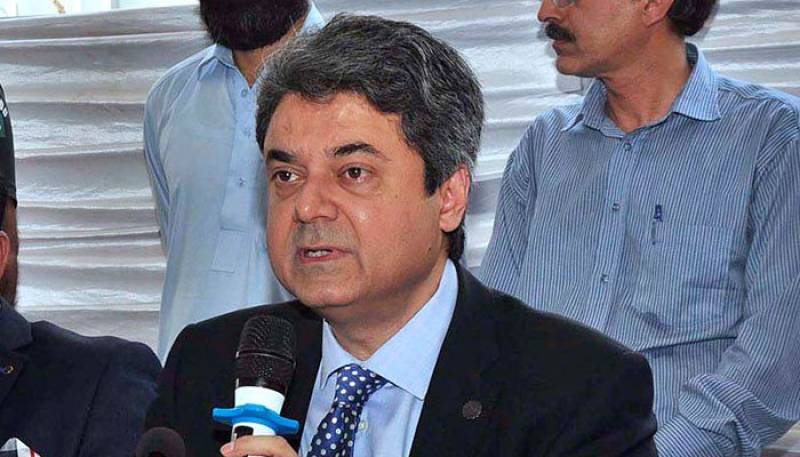 Railways Minister Sheikh Rasheed Ahmad flanked by Federal Education Minister and Special Assistant to PM on Accountability Shehbaz Akbar in a press conference said that the premier had accepted the resignation of Naseem.

The former minister will now represent the government along with attorney general in the Supreme Court in Chief of Army Staff General Qamar Javed Bajwa's extension case, the railways minister said.

Earlier today, media reports said that the prime minister in the cabinet meeting censured the law minister for leaving loopholes in the extension process after the apex court suspended the notification regarding the extension of COAS for next three years.

ISLAMABAD - Supreme Court of Pakistan on Tuesday has suspended the notification regarding the extension of Chief of ...

Rejecting the media reports, the railway minister clarified that Naseem was not criticised by any members of the cabinet.

Shehzad Akbar said that Naseem could join the cabinet again after the case is concluded.