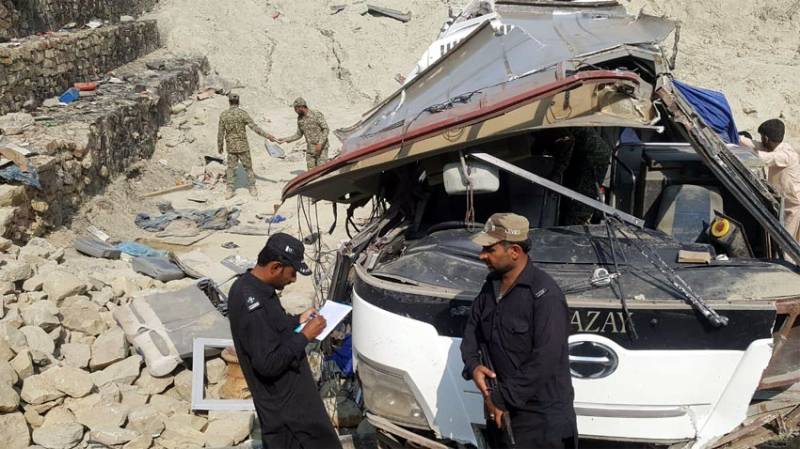 QUETTA – At least nine security personnel of Pakistan Navy lost their lives while twenty-nine others injured when their bus plunged into a ditch near Bozi top in Balochistan’s Lasbela.

The bus, which had carrying Pak Navy soldiers and their familes, was going to Karachi from Ormara area of Gwadar district when it developed a mechanical fault and fell into a deep ditch.

According to the Radio Pakistan, the bodies and injured were shifted to Navy Hospital in Ormara after rescuing them.

Levies forces were participating in the rescue and first aid operations alongside the Pakistan Army, Pakistan Coast Guard and Navy.