Meet Nabeel Ahmad: The Founder and CEO of Skyray Ventures 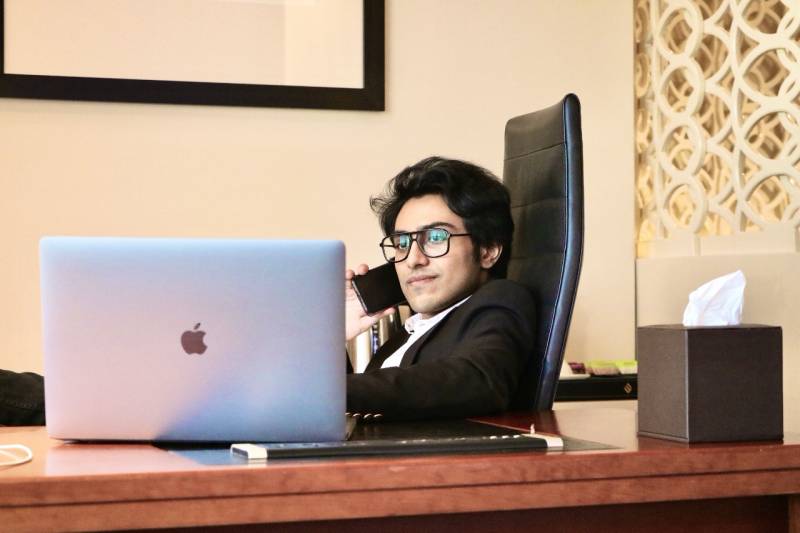 Entrepreneurship isn’t simply about establishing a profitable empire, instead, it’s all about following your passion and being a part of something where you continuously learn and improve with every passing day, and Nabeel Ahmad is the perfect example of this.

Nabeel Ahmad is a serial entrepreneur who’s taking the world of digital media by storm. Nabeel’s main company is Skyray Ventures, a holding company that has a huge portfolio of companies under its belt, covering different industries including technology, media, and marketing.

As a result of his success in the marketing industry, Nabeel was named as one of the Top 20 Marketing Influencers of 2019 by Yahoo! News, alongside other industry leaders like Gary Vaynerchuk and Grant Cardone.

Despite being only 23 years of age, he has without any doubt achieved more success and recognition than most adults can achieve during their entire lifetimes. Today, he runs a million-dollar business, on track to reaching 8-figures in 2021.

Nabeel didn’t achieve success overnight, in fact, he faced several hurdles along the way, but he took each one as an opportunity to learn and expand his horizons. Nabeel’s story of success isn't anything less than inspirational.

Nabeel grew up in Lahore, Pakistan. He comes from a middle-class background. Nabeel was popularly known amongst his peers as a highly intelligent student, but on the contrary, he had no interest in attending classes.

Nabeel went on to attend college in the United States in 2016. But, he ended up dropping out during his freshman year. He felt college constricted his learning and it was built for workers, not for entrepreneurs.

Once he dropped out, he began his entrepreneurship journey by venturing and experimenting in different industries. Nabeel was aware of the fact that he’ll end up learning some harsh lessons during this phase, but that didn’t deter his persistence to succeed.

At the mere age of 19, Nabeel started his journey in the world of business all by himself. Every single action of his reflected his abilities to become an entrepreneur. Nabeel took risks, and one of the biggest risks he took was to invest in cryptocurrencies in 2018, right before the market crashed.

“That investment was perhaps one of my biggest failures till now, and I lost a lot of money there,” Nabeel said, “but this failure of mine was followed by the success of my other companies, particularly Mogul Press.”

Mogul Press is a PR firm that is recognised as one of the fastest-growing PR firms in the industry. Nabeel invented his own PR model that was different from the typical one used by most PR firms - he believed that clients should only pay for results.

Today, Mogul Press is a 7-figure company, generating more than $100,000 per month in 2020. Nabeel is working towards scaling it to become an 8-figure company by the end of 2021. Apart from Mogul Press, Nabeel has been making rounds in the online media industry through one of his other companies - Skyray Media Group.

Skyray Media Group is a leading media and entertainment company that creates and distributes premium and popular content from a diverse array of talented storytellers and journalists to global audiences.

Nabeel Ahmad is also the founder of Insurance Noon, a publication owned by Skyray Media Group. Insurance Noon has quickly grown into one of the most influential publications in the insurance industry.

Nabeel attributes his success to three traits he picked during his entrepreneurship journey; persistence, self-belief, and hard work.

He believes none of this would’ve been possible had he given up during his first set of failures. Nabeel wishes the younger generation to build their very own success journey and follow their dreams no matter what circumstances they are in.